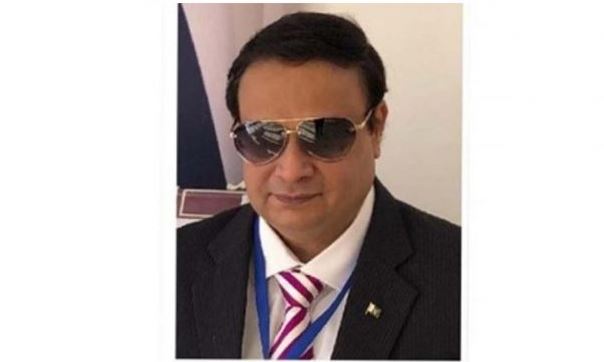 Situation remained tense on the borders of Armenia. According to latest official news, more than 70 soldiers were martyred in unprovoked attacks by Armenia, the only fascist state in the South Caucasus.

On its part and one of the main custodians of the peace agreement, Russia personally intervened to calm down the deteriorating security situation between Azerbaijan and Armenia. However, dramatically the government of Armenia also tried to seek help from the Collective Security Treaty Organization (CSTO) against so-called external aggression of Azerbaijan but failed miserably.

It seems that Armenia is following a “specific military strategy” comprising of often “surgical strikes” and “guerrilla warfare” against the government of Azerbaijan, its military installations and servicemens deployed at the various borders.

In this regard, during the famous Patriotic War of 44 days, Armenia notoriously “laid-down” networks of “Mining Fields of the Century” in all the re-liberated regions of Karabakh so committed a serious crime against humanity and badly violated numerous protocols of the UN in this regard.

These wild spread mines have become “killing machines” in Karabakh regions. Its “secret terrorist activities” are still going on in different parts of the region which has become “monster” for socio-economic integration and greater regional connectivity of these liberated areas.

Furthermore, Armenia continues its “disguised military misadventures” for recapturing areas through intensive mortars firing on the deployment positions of the Azerbaijani Army in Kalbajar, Lachin, Dashkesan and Gadabay fronts during the last few months which clearly indicate that there is a “system” behind its military madness.

Moreover, in the near past, Armenian armed forces indulged in large-scale provocations and violated the true spirits of the trilateral peace agreement. Thus, it is “solely” responsible for regional instability, disharmony and worsening situation at the borders.

The “destructive” formation of anti-Azerbaijan national narrative has been hallmark of “Armenian diasporas” living around the globe especially in the US and EU. There is no doubt that Armenia has waged a “5th Generation Hybrid War” against Azerbaijan just to “malign” its good intentions of peaceful foreign policy, and befitting policies of regional socio-economic integration and programs/projects of connecting hub of energy supplies.

It fears that after famous victory in 2020-2021 gradually the armed forces of Azerbaijan became “complacent” and somehow lacked “vigilance” due to which it has to confront with the current heavy loss because of “gross security intelligence failure” on parts of its military and secret agencies.

Initially, holding of series of “bilateral and trilateral military exercises” with strategic partners Turkey and Pakistan proved very effective to “terrorizing” the potential enemy Armenia. Consequent series of official visits of army and air forces chiefs of Pakistan and Turkey to Azerbaijan further strengthened its strategic position. However, somehow it could not further consolidate military superiority of Azerbaijan.

New clashes have erupted again between Azerbaijan and Armenian troops in which more than 100 soldiers were killed in the deadliest fighting between the two neighbours since 2020.

Armenia used artillery, mortar and small arms in its attack against Azerbaijan and its counter military action, Azerbaijan by using modern electronic war gadgetry and effective arsenals succeeded to neutralize various installations, vehicles and depots of Armenia military. However, the situation on the Armenian-Azerbaijan border remained tense. The Foreign Ministry of Azerbaijan termed the attack of Armenia on the positions of Azerbaijan as an aggression on its sovereign territory.

On its part, Azerbaijan accused Armenia, which is in a military alliance with other regional countries of firing mortars and artillery against its military units. According to Azerbaijan’s defence ministry, Armenia has been periodically firing its military positions due to which its units are taking the necessary response measures.

It fears that a full-fledged conflict between Armenia and Azerbaijan would risk dragging in other regional and middle powers and destabilise an important corridor for pipelines carrying oil and gas at a time when fighting in Ukraine disrupts energy supplies.

To conclude there is an urgent need to completely “overhaul” Azerbaijan “military strategies” and “battle field tactics” in the newly liberated areas of Karabakh. “Integrated secret information sharing mechanism, reformation of guerilla forces units, and redeployment of quick response forces on the borders and solarizing of all the borders adjacent to Armenia should be initiated as soon as possible”.

Optimal use of electronic warfare methods, securitization of artificial intelligence war system and rigorous use of drones must be integrated with Azerbaijan Air Forces so that necessary “aerial supervision” easily available in time of crises. There is an urgent need to have “anti-missile” and tank system in the armory of Azerbaijan. Latest radar and stealth systems should be included in the formation of armed forces of Azerbaijan to safeguard vested interests.

Further strategic military alliances with Turkey and Pakistan may be value-addition for Azerbaijan in the days to come. Inclusion of new war jets and anti-ballistic missile system in Azerbaijan Air force must be included as soon as possible.