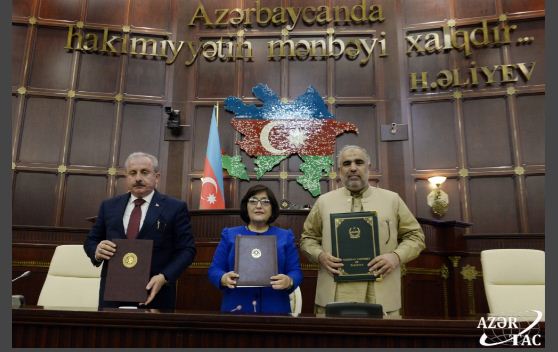 BAKU, JUL 27 – The trilateral meeting of the Azerbaijani, Turkish and Pakistani parliament speakers at Milli Majlis of Azerbaijan has featured the signing of the Baku Declaration.

Speaker of Milli Majlis Sahiba Gafarova said that the document would contribute to the strengthening of strategic relations among the countries.