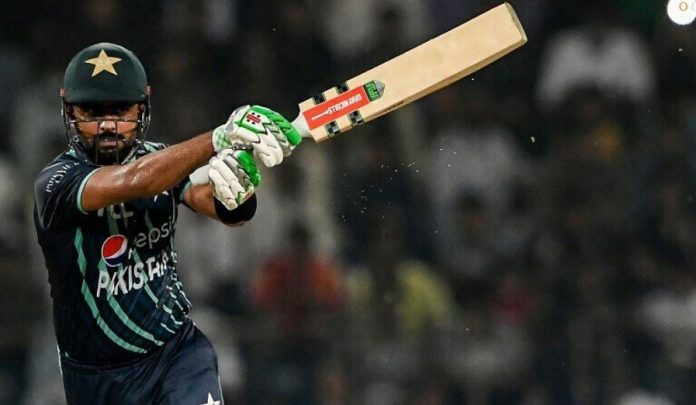 Lahore: Babar Azam equalled India star Virat Kohli’s record of the fastest man to 3,000 runs in cricket’s shortest format as Pakistan scored 169-6 in the sixth Twenty20 international against England in Lahore on Friday.

The Pakistan skipper, who hit an unbeaten 59-ball 87 for his 27th half century, reached 3,000 T20I runs in 81 innings as he anchored the home team’s total after they were sent in to bat.

Azam hit three sixes and seven boundaries and added 48 for the fourth wicket with Iftikhar Ahmed (31) and 47 for the third with Haider Ali (18).

Sam Curran (2-26) and David Willey (2-32) were the successful England bowlers. Pakistan, who lead the seven-match series 3-2, handed a T20I debut to 21-year-old wicketkeeper/batsman Mohammad Haris as they rested Mohammad Rizwan.

England rested the pace duo of Mark Wood and Chris Woakes to bring in Reece Topley and Gleeson. The last match is also in Lahore on Sunday.