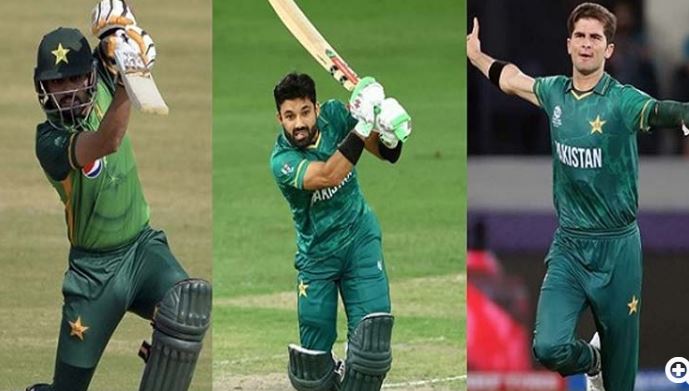 MELBOURNE – Along with Pakistan cricket team all-format captain Babar Azam, Shaheen Shah Afridi and Mohammad Rizwan have been included in the draft for international players of the Big Bash League’s (BBL) 12th edition, according to an Australian media report.

As per Australian media, the draft will be held on August 28 while the tournament is scheduled to start from December 13.

Pakistan skipper Azam and his vice captain Rizwan are the top two ranked batters in the T20 format while Shaheen Afridi is one of the best bowlers in the shortest format. Their inclusion in the BBL will definitely be going to create a lot of interest in the league.

The report added that the BBL had spoken to the three players during the last season but talks could not materialise.

Haris Rauf and Shadab Khan have played in the BBL previously and will be included in the draft as well.