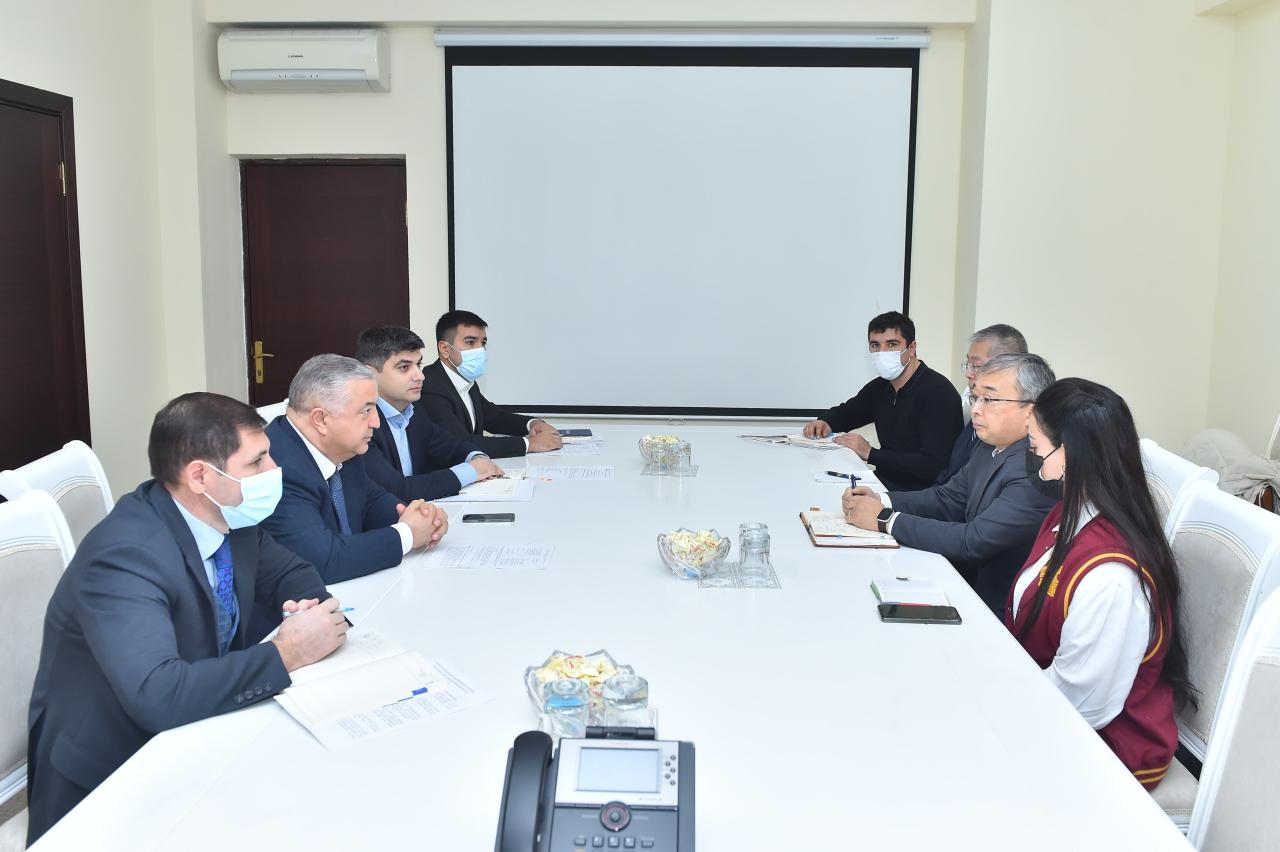 Baku: Azerbaijan has highly appreciated the role of the Japan International Cooperation Agency in the implementation of projects on the reconstruction of water supply and sewage systems.

The relevant statement was made at a meeting between representatives of Azerbaijan’s Azersu and the Tokyo Engineering Consultants companies.

The meeting was held within the framework of the “small cities water supply and sewerage systems project” between the Azerbaijani government and the Japan International Cooperation Agency.

Azersu’s Deputy Chairman EtibarMammadov noted that Japanese companies are actively involved in the infrastructure projects implemented in the country.

Tokyo Engineering Consultants representative Naota Toda emphasized the successful implementation of the project and noted that it had improved the population’s social well-being and living conditions.

It should be noted that the drinking water supply and sewerage systems in Gusar, Khachmaz, Khizi, Gobustan and Naftalan were reconstructed as part of the project. New water sources were created in these cities, as well as reservoirs, main lines, drinking and sewage networks, collectors and treatment facilities were built.

Currently, Azerbaijan and Japan are cooperating in different fields of economy. Japanese companies in Azerbaijan work in the fields of oil and gas as well as agriculture. Last year the trade turnover between the two countries exceeded $200 million and the growth of this sector is forecasted to increase up to four times in the near future. In addition, Japan has invested $7.1 billion in Azerbaijan, during the entire period of cooperation between the two countries.

It should be also noted that 2022 will be the “year of friendship between Azerbaijan and Japan”.

Additionally, earlier this year, Azerbaijan’s Energy Ministry and Japan’s TEPSCO company signed an agreement on the establishment of the “green energy” zone in the newly-liberated lands. The agreement envisages the effective use of renewable energy potential such as wind, solar, hydro, geothermal, and bioenergy on the liberated territories. It considers the establishment of a “green energy” zone based on modern energy management approaches to supply the region with energy.

The trade turnover between the two countries amounted to $228.1 million in the first 10 months of 2021.