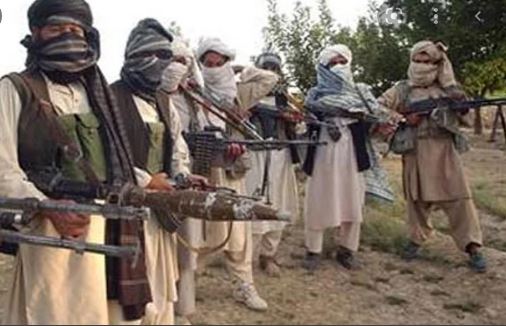 Only Pakistan People’s Party and Awami National Party openly made reservations over dialogue between banned Tehrik-e- Taliban Pakistan and military high ups whereas the remaining political squads especially ruling Pakistan Muslim League (N) and opposition Pakistan Tehrik-e- Insaaf are mum over ironical developments taking place across the border in Afghanistan. Interestingly, despite a quiet role of PTI, its Khyber Pakhtunkhwa government was represented in traditional jirga by advisor to Chief Minister Barrister Muhammad Ali Saif, means who has endorsed the “secret parlays” what the authorities concerned claim aimed at a “truce.”

No one can neglect the fact, Kabul parlays commencing since the end of previous April is not new or first ever between Pakistan’s strong, top and powerful security organ and militants. Since April 2004 last, over 30 agreements were made between two and almost all of these so-called truces have been broken by none other than the parties themselves. And in almost these broken truces, the Haqqanis-powerful and most effective portion of Afghan Taliban also called Emirate Islami Afghanistan played a key role. But earlier, the position of Haqqanis was a broker but this time the broker role was also converted into a role of host and mediator.

The PPP is considered most effective in the new coalition, established after voting-out of PTI’s Imran Khan led government in its high level meeting while making stock of reservations over military-TTP secret dialogues in Kabul, demanding tabling all “terms and conditions” before the parliament. Earlier Pushtoon nationalist Awami Party Khyber Pakhtunkhwa President had made similar but strongly-worded remarks, by saying “how it is possible to pardon killers of APS children, Peepal Mandi Blast and thousands of others killed in targeted acts.”

No doubt to mention that ANP remained the prime target of militancy over the last four decades. But the price paid by PPP remained huge as its top leader, two times remained premier and globally recognized talented politician Benazir Bhutto’s assassination is considered top on the list. Not only targeted killing of thousands of political leaders, activists, tribal chieftains and security forces personnel but assassination of Benazir Bhutto like great politician have been claimed by banned TTP from time to time. But all these stakeholders are being ignored in what the parties claim, peace talks in Kabul. How is it possible for the two sides to convince the main victims for endorse what has to be decided?.

Banned TTP in connection with its peace truce presented a number of conditions, challenging writ of the law and supremacy of constitutions. Likewise, banned TTP demanded a “free zone”-which meant, “State within state.” In such circumstances, PPP and ANP circles believe, “acceptance of banned TTP terms and conditions will be nothing else but surrender of State authorities.” Banned TTP since long has been opposing parliament and constitution and striving for the enforcement of Islamic Sharia. Likewise, the very basic purpose of Tehrik-e- Taliban established by Mullah Muhammad Omar Akhund is to establish an Islamic State-called Khurasan. Though the exact map or combination of Khurasan is not yet made public besides Afghanistan it would consist of some parts or portions of Pakistan, Iran, and the Central Asian Republics and China.

PPP and ANP in the light of its reservations, now are insisting that Taliban should be bound to surrender before the state and in the light of Taliban’s unconditional surrender, parliament may make decisions regarding its fate. PPP is in coalition, therefore it needs to table the issue in parliament, which is the sole way for settling the issue. Likewise ANP leadership believes that Pushtoon traditions allow settling of blood feuds but it should be made according to rich traditions. If Taliban wants return, reconciliation and settlement, then its leadership should follow the well established ways otherwise the world will continue to consider Taliban as part of the problem and not part of the solution.