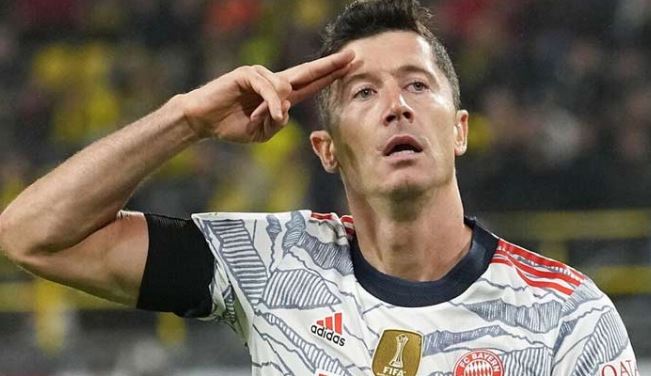 BERLIN – Bayern Munich face RB Leizpig in the German Super Cup on Saturday in their first competitive match since the departure of Robert Lewandowski and with Sadio Mane in their ranks.

Julian Nagelsmann s men, who were powered to a 10th straight Bundesliga title last season by Lewandowski s 35 league goals, have been busy in the transfer market.

African player of the year Mane arrived from Liverpool after a trophy-laden six years with the Reds, while Netherlands centre-back Matthijs de Ligt joined from Juventus for 67 million euros ($68.2 million).

Ajax pair Noussair Mazraoui and Ryan Gravenberch have also signed for Bayern, while teenager Mathys Tel swapped Rennes for the Allianz Arena as a possible long-term replacement for Lewandowski.

The Pole left for Barcelona after scoring 344 goals for the Bavarians, second on their all-time list behind only Gerd Mueller.

But Nagelsmann believes that the deal, worth 45 million euros, was a good one for his club.

“It was a good deal for Bayern,” admitted Nagelsmann earlier this month. “It s tough. He scored a lot of goals and was one of Bayern s big stars.

“But he would ve left anyway, if it wasn t this season, it would ve been the next one, so we would ve had that challenge a year later and that s why the deal isn t so bad for Bayern.”

The German champions will have to adapt to life without a natural focal point up front.

Mane could play through the middle in a more fluid front three alongside Serge Gnabry and Thomas Mueller.

The match at the Red Bull Arena will be a chance for both sides to lay down a marker for the new season, with Nagelsmann s former club Leipzig hoping to kick on after winning their first major trophy in the German Cup last term.

“It s an important game because it s a title, but also to make a statement,” said Nagelsmann.

“Leipzig are a hungry young club who always want to challenge the status of Bayern. It s important to make a small statement and show your strength.”

Mane, who netted 120 times for Liverpool, has scored in both of his pre-season appearances for Bayern.

“You can see that he knows that he is needed when it becomes important,” added Nagelsmann. “I am sure that he will play a very good game.”

The match will be played as Bayern attempt to make a breakthrough in their bid to sign Austria midfielder Konrad Laimer from Leipzig.

Their transfer strategy this year has shown a clear break from their usual tactics of raiding the talent pool of other Bundesliga clubs.

“I have a very good relationship with Olli,” insisted Nagelsmann. “We talk on the phone very often. Everything is fine.”

Bayern may be starting a new era, but no matter the result on Saturday, they will be red-hot favourites to romp to an 11th straight Bundesliga crown this term.

In their run of 10 successive titles, Bayern have finished at least 10 points clear of the second-placed team on eight occasions.

After flexing their muscles in the transfer market, pretenders like Leipzig have a lot of work to do to mount a serious challenge.