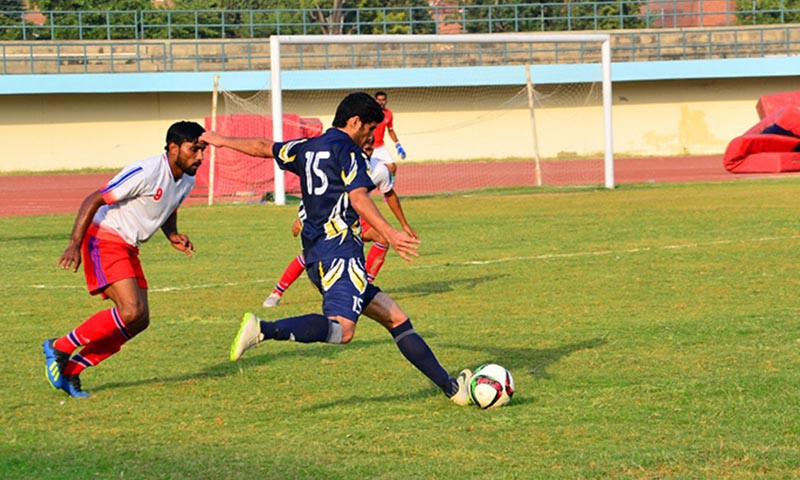 Paris,:French football star Karim Benzema, who provokes passionate opinions — being adored or disliked in equal measure — has made a spectacular return to “Les Bleus” despite the “sex tape” scandal in which he has finally waived an appeal against his one-year suspended sentence.

The 34-year-old’s talent on the pitch is indisputable. He has a swathe of league titles with both Lyon and Real Madrid as well as five Champions League trophies and is a serious contender for the next Ballon d’Or.

Even seven-time laureate Lionel Messi says he deserves it.

“There’s no doubt, it’s very clear that Benzema has had a spectacular year and has ended it by winning the Champions League,” Messi said.

But on Friday, his brilliant opening goal was not enough to save France from a 2-1 defeat against Denmark in Paris.

His talent for becoming embroiled in off-the-field controversies has only fuelled the opinion of many in France that he is more trouble than he is worth.

That was certainly the view of France coach Didier Deschamps, who until a surprise call-up for last year’s Euro 2020 finals had kept the star player out in the cold for five-and-a-half years due to the sex-tape allegations.

The recall was even more surprising given Deschamps had been at the end of unfounded allegations made by Benzema when he was omitted from the Euro 2016 finals squad hosted by France.

Deschamps had “yielded to pressure from a racist party in France”, railed Benzema.

The consequences of his words impacted on Deschamps, whose house in Brittany was daubed with paint with the inscription “racist”.

Fair to say the far right in France have led the charge against Benzema since a 2006 interview with French radio station RMC in which he suggested his footballing ambition had been pivotal in choosing to play for France.

“It’s (Algeria) my parents’ country, it’s in my heart,” said Benzema, whose grandfather emigrated from Algeria and settled in Lyon.

“I will be always present for the French team.

“Then it’s more for the sporting side, because Algeria is my country, my parents come from there.”

His parents, along with his Islamic faith, have been a common theme when describing his guiding lights.

“My family inspires me. The values and morals my parents gave me helped me stay the same person,” he told Vogue Man Arabia in 2019.

“My faith also helps me to be focused every day.

“It brings me benefits and it’s my strength for me, my family, as well as for my work — for literally everything.”

Benzema has needed that strength, having given his detractors plenty of ammunition down the years.

He and close friend and then fellow French international star Franck Ribery were swept up in a tawdry tale with a prostitute named Zahia Dehar.

However, the case against them for allegedly having sex with her when she was underage — Benzema denied ever doing so — collapsed in 2014.

His timing on the pitch seems in tune with one of his favourite but unlikely passions — watchmaking.

“It fascinates me to see and understand the different mechanisms, the movements and the designs,” he told Vogue Man Arabia.

His greatest passion, though, are his two children — daughter Melia and son Ibrahim — who he says are his “biggest source of happiness”.

However, Benzema is blessed with a thick skin and it may be this that gets him through, as his mantra on life reflects.

“Without trying, you can never achieve anything,” he told Vogue Man Arabia.

“Even when you fail, you will always be stronger than if you hadn’t tried.

“Living your life on a ‘What if…’ is never going to give you the strength to persevere.”