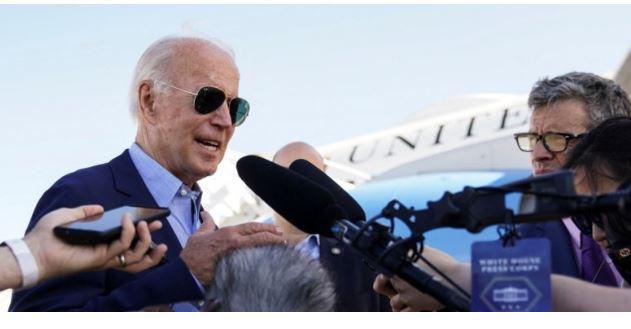 US President Joe Biden voiced his concern Monday over China’s extension of military drills around Taiwan, but added that he did not expect the tense situation to escalate further.

Biden spoke to reporters after Beijing said it carried out fresh military drills around the self-ruled island on Monday, defying calls to end days of exercises in the wake of a visit by US House Speaker Nancy Pelosi.

The military exercises, China’s largest-ever, had been expected to draw to a close on Sunday.

“I’m not worried, but I’m concerned they’re moving as much as they are. But I don’t think they’re going to do anything more than they are,” Biden told reporters at Dover Air Force Base.

Pelosi’s trip to Taiwan last week — the highest-ranking visit by a US official in decades — enraged Beijing, which views the island as part of its territory awaiting reunification, by force if necessary.

China has since ripped up a series of talks and cooperation agreements with the United States, most notably on climate change and defence.

It also deployed fighter jets, warships and ballistic missiles in what analysts have described as practice for a blockade and ultimate invasion of the island.

The scale and intensity of the drills have triggered wrath in the United States and other democracies. Taipei condemned Beijing on Monday for extending the drills.

Washington maintains a policy of “strategic ambiguity” on whether it would actually intervene militarily if China were to invade Taiwan.

In what is termed the “One China policy”, it recognises Beijing, but only acknowledges the Chinese position that Taiwan is part of China.

It leaves it to the two sides to work out a solution, while opposing any use of force to change the status quo.

Biden spoke before heading to the midwestern US state of Kentucky to survey flood recovery efforts.