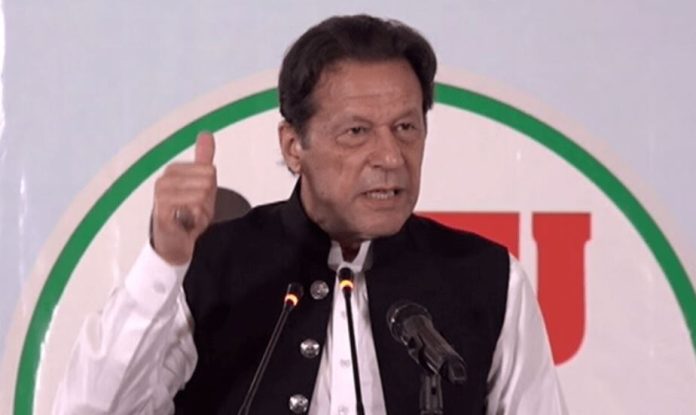 ISLAMABAD: /DNA/ – While strongly condemning the arrest of Shahbab Gill and open use of all government and state machinery to rig Punjab elections, Pakistan Tehreek-e-Insaf (PTI) Chairman Imran Khan urged the courts to open now and act against the brazen violation of the Supreme Court’s orders, as ECP turned blind eye.

PTI Chairman said that the Punjab government has brazenly violated the SC orders and election rules by openly using all government and state machinery to rig Punjab elections through illegal ballot stamping and harrassing voters, besides arresting of PTI leaders.

However, Imran Khan stated that election commission of Pakistan (ECP) turned a blind eye to these incidents of rigging in the Punjab by-polls.

Therefore, he urged the courts to open now to take notice of the brazen violation of the apex court’s orders and elections rules by the Punjab government.

PTI Chairman strongly condemned the illegal arrest of Shahbaz Gill and added that the government just tried to spread fear among people to rig the elections.

“These fascist tactics will not work and people will not be deterred from exercising their right to vote,” he added.

“Handlers of Imported government should realise damage they are doing to our nation,” Imran Khan maintained.

Talking about the public’s enthusiasm, PTI Chairman said that he was pleased to see the voters coming out to cast their votes in large numbers and resisting all pressures and harassment.

“I want all those, especially our women, who have to still come out to cast their vote to do so as this is an election for Pakistan’s sovereignty and Haqeeqi Azadi,” he added.