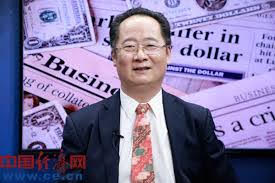 According to Prof. Cheng last September, China International Fair for Trade in Services 2020 was successfully held in Beijing, which shows that China attaches great importance to service trade.

In 2019, the added value of China’s service industry accounts for 53.9% of its total GDP, and will continue to increase.

Now, world trade in services accounts for 25% of the total world trade. WTO predicts that the proportion of service trade will be higher and higher, and it will increase to 50% by 2040.

Analysts believe that the higher the proportion of service industry in a country, the more developed its economy will be. In 2019, the American service industry reached 17.36 trillion U.S. dollars, accounting for 81% of its total GDP.

Pakistan`s service export fell by over 16.79 percent year-on-year to 352.92 million U.S. dollars in the second month of the current fiscal year. Service export has fallen since March after the Pakistani government imposed a lockdown across the country to contain the pandemic.

However, the service sector emerged as the main driver of economic growth with its share in the GDP increasing from 56 percent in 2005-2006 to 61.4 percent in 2019-2020. Its major sub-sectors include finance and insurance, transport and storage, wholesale and retail trade, public administration, and defense.

In my observation, Pakistan’s service market is more open than the average level of developing countries, but service trade in Pakistan is facing the problems of increasing deficit year by year and insufficient international competitiveness.

The two-way investment in the service industry of China and Pakistan is in the ascendant, and there is a great potential of service trade.

With the steady progress of the construction of the China-Pakistan Economic Corridor, there are broad prospects for service trade cooperation between both countries in project contracting, transportation, communication and other industries, Prof. Cheng added.