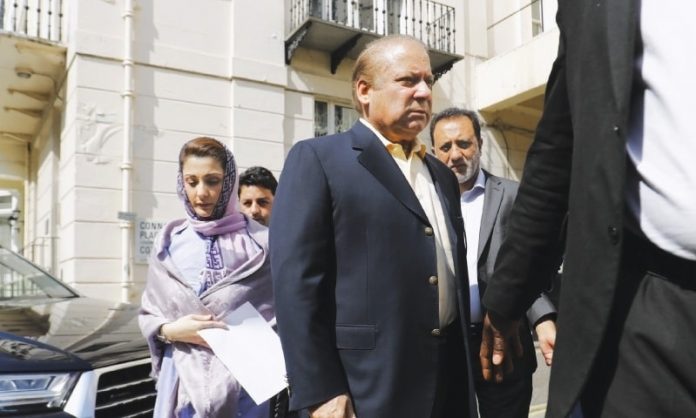 UK-based asset recovery firm Broadsheet LLC has paid 20,000 pounds in legal costs to the family of PML-N supremo Nawaz Sharif after withdrawing its claim over the Sharif family’s Avenfield property in London, it emerged on Tuesday.

Broadsheet LLC was engaged by the National Accountability Bureau (NAB) in 2000 to trace offshore assets of Pakistani nationals but the agreement was cancelled in 2003. The government last year paid $28 million to the firm in damages.

The firm had earlier also laid claim to four flats at Avenfield House to enforce the payment of the outstanding $22m owed to the firm by NAB. However, the claim was ordered as discharged by a London court.

Broadsheet withdrew its claim over the Avenfield flats after securing the payment from the Pakistani government, but ended up paying £20,000 for the Sharif family’s legal costs. It is usual in the British legal system for a party’s legal team to pay the other side after losing a case or if the side that initiated a claim asks the court to withdraw.

Commenting on the development, PML-N Vice President Maryam Nawaz termed the payment by Broadsheet “another hard slap on the face of the clique of liars and mudslingers”.

“Broadsheet had to pay Rs4.5 million to the lawyers of Nawaz Sharif for raising questions about the London flats and then running away from the court,” she tweeted. “One ends up suffering such consequences in the game of lies and deceit. Any shame?”

In another tweet, she retorted that government authorities “had gone to catch corruption but got themselves out of the mess by paying Rs4.5m”.

Maryam said while Broadsheet had been humiliated for its “false allegations” in court, “the accountability of those people remains who kept squandering the Pakistani nation’s money in the war of their personal ego, those who used to meet Broadsheet officials and ask for their share. All facts will become apparent to the nation now.”

In December 2018, former English court of appeal judge Sir Anthony Evans QC, as sole arbitrator, issued an order for payment of $22m to Broadsheet by the Government of Pakistan.

In July 2019, the government appealed the arbitration, but was unsuccessful in its bid. The arbitrator found that Pakistan and NAB had wrongfully repudiated an asset recovery agreement with Broadsheet and ruled that the company was entitled to damages.

Since then, the asset recovery firm had been attempting to secure the payment for its services by targeting several entities in the UK with purported links to the Pakistan government.

The Sharifs, too, became embroiled in the NAB and Broadsheet saga when in an attempt to retrieve payment for its services, Broadsheet LLC filed a claim with a London High Court to gain possession of Avenfield House on the basis that a NAB court had stated that the government should confiscate Sharif’s UK properties.

This claim was dropped after Broadsheet secured the payment of some $28m from the accounts of the Pakistan High Commission in London, through a court-mandated third-party debt order last December.

In an order for the case IRP (Islamic Republic of Pakistan) versus NAB dated Dec 2, 2020, the court said that Master Davison’s interim charging order regarding Broadsheet’s Avenfield claim be discharged and the hearing of the firm’s application be vacated.

The order also noted that while Master Davison had considered Broadsheet’s application in intent of asset regarding the Sharifs’ property, Broadsheet had now secured the judgement debt by way of an interim third-party debt order and had requested permission to discharge the interim charges order and vacate the hearing which was listed for Dec 17, 2020.