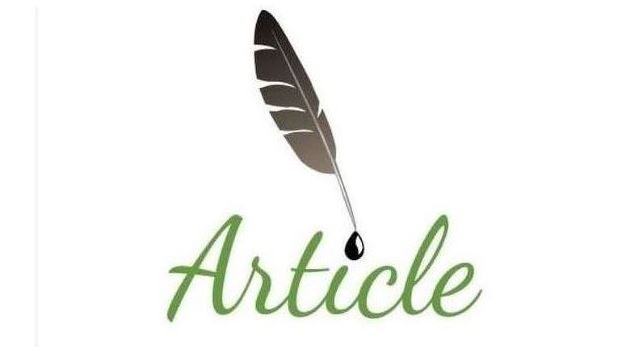 Despite huge military might, exceptional industrial potential and deep global penetration Israel failed to provide happy and peaceful life to Israelis. The eventual purpose of the progress and the development is to provide prosperous lifestyle to the nation but Israel remained terribly unsuccessful to realise this dream of millions of Jews because of fundamental flaw in the national approach which rests on oppression, occupation and brutalities against unarmed Palestinians.In spite of exceptional economic growth, erecting separation wall regardless of international condemnation and significant military capabilities Israeli citizens are subject to continuous threat of war and conflict.

There is no comparison of fighting capabilities of Israeli defence forces and Palestinians. According to the Global Fire Power (GFP) website, “For 2022, Israel is ranked 18 of 142 out of the countries considered for the annual GFP review while Pakistan is ranked among top ten. Israel holds a Power Index (PwrIndx) score of 0.2621 (a score of 0.0000 is considered ‘perfect’).

The finalized Global Firepower ranking utilizes over 50 individual factors to determine a given nation’s Power Index score with categories ranging from military might and financials to logistical capability and geography. The smaller ‘PwrIndx’ value the more powerful a nation’s theoretical fighting capability is by conventional means as nuclear capability is not taken into account.” How can anybody justify attacks of such a strong military on unarmed and civilian population of Palestine? A country with more than 40 thousand dollars GDP per capita being 31st biggest economy of the world with around 9 million of population can extend every peace and comfort to the citizens but Israel rendered nothing but incessant state of fear and unrest to its people.

Since we started learning about global dynamics we are witnessing brutalities of Israel onvulnerable Palestinians.After recent attacks of Israel on Gaza it was heart-breaking listening to a mother when she found her son has been martyred. Addressing a gathering while controlling her sorrow and grief she told age fellow of her son that my son has been shot but you all are like my son. My son followed the path of the prophets. He left for the beloved Creator. My son is the son of Palestine he is precious than my soul, I gave him to the Last Messenger, I gave him to Masjid Al-Aqsa, I gave him to the Creator, the One, the Eternal, the Satisfier of needs.

Israel does this as a policy, according to Yuval Abraham, “The majority of Israelis believe that hundreds of children or families killed in Gaza during Israel’s military operations are killed unintentionally unlike the terrorist organizations. The former soldiers testified that they were told by their superiors that there is a certain number of ‘non-combatants’ — meaning families and children — that the army is allowed to kill during operational activities. The control of the borders, and the dependence of the strip’s residents on Israel, provides Israel with superior intelligence. They have no way to get out of there. Israel controls all their crossings — that gives Israel a lot of power. If Gaza is connected to the West Bank, you lose some of that power. Today we control everything that goes in and out, whether physically, electronically, or in terms of people. This allows for more modes of action: for example, people in Gaza beg to be able to travel in order to study abroad or visit relatives outside the strip. There is no such thing as privacy in Gaza. You know everything about the person. What they like, what they have photographed [on their phone], and whether they have a lover. Everything is completely exposed. You can collect information about anyone you want. And you know that these people wouldn’t want you to know these things.”

Last year’s report by the Amnesty International speaks volumes about brutalities of Israel. Report states, “During the armed conflict in May 2021, Israel committed apparent war crimes and possible crimes against humanity in the Gaza Strip. According to the OHCHR and the WHO, 242 Palestinians were killed, including 63 children, and some 9,000 were injured. More than 74,000 Palestinians were displaced. The housing needs of 4,000 families, including 7,000 children, whose homes were damaged or destroyed, had not been met by December. On the 10thMay, Israel bombed the seawater desalination plant in north Gaza, cutting water supplies to more than 250,000 people.”

In a latest report in February this year the agency states, “Israeli authorities must be held accountable for committing the crime of apartheid against Palestinians. Israel enforces a system of oppression and domination against the Palestinian people wherever it has control over their rights. Massive seizures of Palestinian land and property, unlawful killings, forcible transfer, drastic movement restrictions are all components of a system which amounts to apartheid under international law. This system is maintained by violations which Amnesty International found to constitute apartheid as a crime against humanity, as defined in the Rome Statute and Apartheid Convention. Amnesty International is calling on the International Criminal Court (ICC) to consider the crime of apartheid in its current investigation in the Occupied Palestinian Territories (OPT) and calls on all states to exercise universal jurisdiction to bring perpetrators of apartheid crimes to justice.”

International community should remember that liberation from such atrocities and brutalities is the natural outcome. According to Geraldine L. Palmer and her colleagues, “At a collective or community level, liberation is only possible when the group is able to gain power and control over the systems, and institutions that surround their lives. Liberation is a social act, a process of becoming free from ideologies that limit our freedom and the institutions or structures that constrain people’s collective determination. Liberation must be understood as having a critical consciousness of the circumstances and conditions of oppression that challenge and limit opportunities for freedom. Liberation is the dismantling of oppression and power, and striving to recognize the humanity and dignity of all people.”

Israel should also learn from 20 years of NATO allied forces in Afghanistan which resulted in a cost around two and a half trillion dollars with eventual withdrawal without any significant achievement except increasing burden to their budgets. We all should respect and support the desire and struggle of Palestinians for liberation from never-ending brutalities of Israel because as Martin Luther King said, “The silence of good people is more dangerous than the brutality of the bad people”.