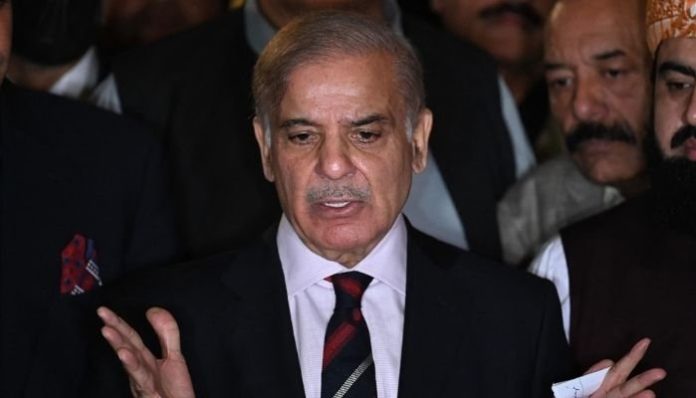 ISLAMABAD: To discuss ways to reach a consensus on economic policies, Prime Minister Shehbaz Sharif will speak at a one-day pre-budget business conference today (Tuesday) taking all stakeholders on board,

The conference will bring together leaders from a wide range of industries on a single platform for a vibrant and interactive debate, in line with the prime minister’s vision of the Charter of Economy and an inclusive economic policy-making approach. The PM will consider the participants’ ideas for a flourishing economy with a strong foundation for development.

The conference will centre on the PM’s vision of a Pakistan where people’s social, political, and economic rights are protected. The conference will try to develop measures to tackle people’s economic struggle and assist the country get back on track to a better future through mutual consultation.

Industry executives from agriculture, information technology, textiles, manufacturing, and other sectors will speak at the one-day conference. Participants will evaluate Pakistan’s current economic difficulties and come up with short, medium, and long-term remedies.

The event will evaluate options and opportunities for employment and business for all, thereby eliminating poverty and providing a decent standard of living for all. This initiative will also welcome recommendations from the participants for the budget 2022–23.

Through an engagement process among stakeholders from the business community, it will also formulate proposals for the budget for 2022–23.

During a separate meeting with a group of Japanese companies, Prime Minister Shehbaz Sharif had said that his government was working to improve trade and investment ties with Japan.

He said hurdles would be removed in the way of the smooth functioning of the investment infrastructure. The prime minister, in this regard, set up a committee to resolve the issues faced by the Japanese companies in Pakistan on a priority basis and sought a report within a week.

PM Sharif termed Japan a close friend of Pakistan and lauded the fact that the country was one of the largest donors to Pakistan in public sector development. He said the generous Japanese donations amounted to $13 billion in seven decades and contributed immensely to the development of Pakistan.

He mentioned that Japan’s International Cooperation Agency (JICA) played a positive role in providing Pakistan with the technical support to grant aid and bilateral loans through the conduct of technical feasibility studies.

He recalled that in the 90s, several Japanese companies were operating in Pakistan and mentioned that in 2016, the agreement with automobile manufacturing company Suzuki resulted in providing employment to thousands of people. The prime minister appreciated the manner in which Japan focused on improving the public development sector, adding that he was personally inspired by the principles of Japanese business.

He stressed immediate steps to exempt the Export Processing Zones from taxes. He invited the Japanese companies to invest in Pakistan’s diverse sectors, including coal in Thar, iron ore in Chiniot, renewable energy, infrastructure, and public transport.

PM Sharif said Pakistan and Japan were celebrating the 70th anniversary of the establishment of diplomatic relations in 2022, and added that by promoting cooperation, Pakistan could benefit from Japan’s experience.

He said Pakistan attached great importance to its bilateral ties with Japan and wanted to further expand cooperation in various fields. The Japanese companies expressed full confidence in the business-friendly policies of the current government under the leadership of Sharif.