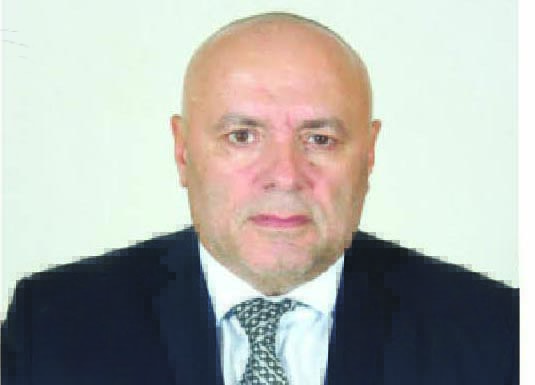 The Bulgarian Council of Ministers proposed to the President to terminate the diplomatic assignment of the Ambassador of the Republic Bulgaria in Pakistan; action also taken against Pakistani officials

ISLAMABAD: The President of Republic of Bulgaria has terminated services of Aleksandar Borisov Parashkevov the Bulgarian ambassador to Pakistan after it was confirmed that the ambassador was involved in corruption and had accepted huge bribes to allow his diplomatic status to be misused. The ambassador after reports was called back to Sofia and an inquiry against him was ordered.

Daily Islamabad POST had published news on October 5, 2020 that the Ambassador had made huge money by allowing his diplomatic status to be misused by certain Pakistanis. The ambassador imported a luxurious car on his behalf but actually for his Pakistani collaborators. In return he accepted handsome amount.

The Bulgarian Council of Ministers then proposed to the President to terminate the diplomatic assignment of the Ambassador of the Republic Bulgaria in Pakistan.

The Deputy Prime Minister and Minister of Foreign Affairs Ekaterina Zaharieva also endorsed the suggestion and thus Ambassador’s services have been terminated.

When this scribe contacted the Bulgarian Ministry of Foreign Affairs, the Press Officer not only confirmed the news but also shared more details. The Press Officer said that the reasons to terminate services of the Ambassador were multiple. She added a number of disturbing facts that had been established in the Ministry of Foreign Affairs regarding the behavior of Ambassador Parashkevov , which were confirmed after an inspection ordered by Foreign Minister Zaharieva.

“The collected data, confirmed by a note of the Ministry of Foreign Affairs of Pakistan, were sent to the Prosecutor General of the Republic of Bulgaria. The Presidential Administration was also notified in a timely manner”, the Press Officer Tatiana Tchipeva added.

It is pertinent to mention here that some officials of Pakistan Ministry of Foreign Affairs were also found involved in this nasty business because without the consent of Pakistan’s Ministry of Foreign Affairs such things can never take place. Sources confided to this newspaper that a few officials have been removed from the posts while action against others is also on the cards.

Bulgaria is not the only case where diplomatic status has been misused, rather there are a number of other embassies and in some cases Ambassadors also who have bestowed such bounties on their Pakistani collaborators, ostensibly for financial gains.

It is also interesting to note that a few Pakistani missions abroad have also been involved in such practices. For example in October 2018, Pakistan had recalled its Ambassador to Bulgaria along with an accounts official after receiving reports of huge financial embezzlement at the Pakistan Embassy in Sofia. After initial inquiry, the accountant was recalled at the Foreign Office in Islamabad and asked to deposit the money to which he said he did not have such a huge amount. Foreign Office Spokesman Dr Faisal had confirmed that an audit of the embassy had been ordered and the accountant had been recalled along with Ambassador.