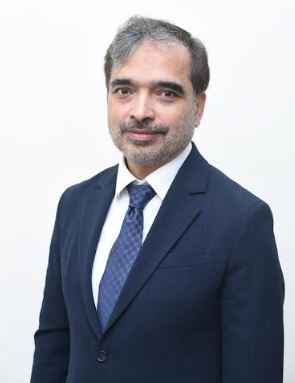 ISLAMABAD: PIAF chairman Faheem Ur Rehman saigol on Monday stressed the need to adopt a holistic approach aimed at developing all economic, agricultural and industrial sectors in order to support the growth of the country. He said that there is a need to devise a comprehensive strategy to promote the industry on immediate basis which will not only support the manufactures but also increase our export.

He said that the caution of the Fitch and Moody’s Rating Agencies have also consistently been raised by the business community, urging the authorities that instead of passing on the blame to the previous governments’ miss-governance a serious and sustained attempt should be made to strengthen the economy, slashing current expenditure and raising revenue from direct taxes which still account for less than 35% of all projected collections.

Faheem Ur Rehman saigol said that more concerning is Moody’s projection that the central bank would continue to increase rates over 2022 because of ongoing elevated inflationary pressures. There is elevated inflation that can be laid at the doorstep of the Fund’s prior conditions due to three reasons. First, the policy rate in this country has little if any impact on headline inflation, which was 21.3 percent for June but does impact on core inflation that registered 11.5 percent for June while the weekly sensitive price index 33.12 percent for the week ending 14 July 2022. In other words, raising the policy rate to check headline inflation is unlikely to bear fruit for such a linkage does not exist in this country. Second, inflation is also imported due to the eroding rupee which has been taking a severe battering attributable to rising political uncertainty but it is also partly due to an undervalued rupee.

PIAF Chairman said that the rise in the policy rate will impact on the input costs of the large-scale manufacturing sector that is a significant contributor to not only the GDP, which has an impact on tax collections, but also to employment levels. The Fund’s insistence on taxing more, a part of the Finance Act 2022, would erode their purchasing power considerably.

He hoped that the government would pursue radical economic reforms through a long-term stable administration. Instead of doing the usual there is need to raise revenue from those having ability to pay or, in other words, from direct taxes which as per the budget 2022-23 account for less than 35 percent.

The businessmen have been suggesting to the government to undertake major current expenditure cuts that require a major sacrifice from major recipients as well as reforms in all major sectors. These measures would not only decrease the pressure to generate higher revenue from indirect taxes like petroleum levy, also decreasing the need to borrow externally which is estimated at 36 billion dollars this year alone that in turn would reduce debt servicing costs.

He demanded the government to offer special package of power and gas tariffs for rapid industrial growth on the pattern of China. As a result of high tariffs and taxation, cost of production is increasing and cannot compete in global market thus badly hampering export substantially. Moreover, it is essential to have an agricultural policy that increases the supply of raw material to agro-based industries, both domestic and foreign, such that it can help domestic textile producers regain lost competitiveness in the world market.