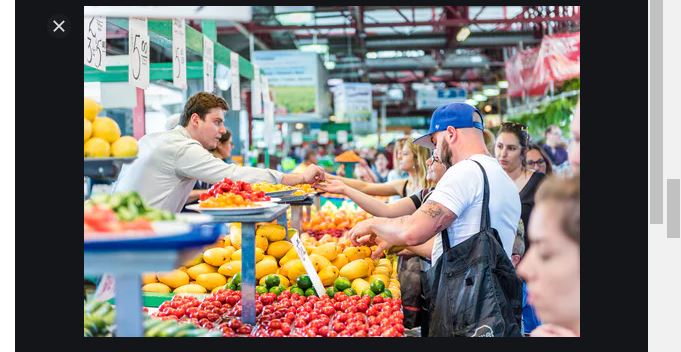 OTTAWA, SEPT 25 – Pakistan’s food growers and exporters must adapt to use of modern technology and agricultural practices and spend more on research and development to turn out new food varieties and enhance production and quality to target developed and sophisticated markets like Canada.

This was the consensus among the participants of a webinar arranged by the Consulate General of Pakistan Toronto under the auspices of the High Commission for Pakistan, Ottawa. The webinar moderated by Mr. Azhar Husain, Trade and Investment Counsellor of Pakistan to Toronto, focused on the food sector exports to Canada with a focus on market potential, strategy, regulatory requirements and challenges in the Canadian food market.

The participants including some big names from the food suppliers in Pakistan as well as Pakistani importers based in Canadian market, agreed that Canada was an emerging market for the Pakistani food exporters who could increase their presence there through better quality, packaging and labelling as well as proper branding, marketing, and networking with local distribution networks and mainstream food market in Canada.

Addressing the webinar, Mr. Shahjahan Malik, chairman of Rice Exporters Association of Pakistan (REAF), Waheed Ahmed, chairman of All Pakistan Fruit & Vegetable Exporters, Importers and Merchants Association (PFVA) as well as Shahbaz Sheikh, Mian Mohsin Aziz and Faizan Ghori representing the food sector in Pakistan called for greater investment in the research and development for production of newer and better varieties of foot products to enhance the food basket available for export.

They noted that the Pakistani basmati rice despite its being slightly more expensive than some of the “blend-and-mix” varieties exported by its competitors, had fared better in many markets, particularly in the Gulf and the EU, in recent years for its better variety, powerful aroma, rich taste and above all its being completely free of the pesticides residues. On the other hand, rice varieties from Pakistan’s main competitor had been banned by the EU due to tricyclazole or pesticides residues. We should capitalize on this situation and approach the food authorities in countries such as Canada, to present and market our rice as “Free from Pesticide Residues” to connect with conscious consumers.

The participants called for networking with the mainstream market in Canada rather than focusing entirely on the ethnic and Pakistani consumers in large Canadian cities. They also favoured the idea of joint ventures and even acquisitions of Canadian brands as a long-term strategy for staying strong and relevant in the Canadian market.

Giving the local perspective, Shahab Hassan and Akib Majeed, two leading Pakistani food importers based in Canada, called for better understanding of food regulations and proper labelling both in English and French of Pakistani food products to make them popular in Canada. They said price competitiveness was also a key factor in determining and enhancing the position and popularity of our food products in the Canadian market.

Addressing the seminar, Mr. Abdul Hameed, Consul General of Pakistan in Toronto, thanked the panellists for appraising the Pakistani community of the huge potential of food sectors exports in the Canadian market and discussing other vital issues related to food security and climate change. Going forward, he said the use of new technologies, modern agriculture, greater research and development, better seed development, innovation, branding and consistency in quality were essential for developing the food sector on modern lines in Pakistan. He called for better linkages between the academia and the industry to harmonise efforts in the research and development in the food and agriculture sector in Pakistan. He called on the Pakistani exporters to expand product base and venture in value-added products in close coordination with local importers and distributors.

Earlier, Mr. Shahbaz Malik, Deputy High Commissioner for Pakistan, Ottawa, lauded the Consulate General of Pakistan and the participants of the webinar for a fruitful discussion. He said the Consulate and the High Commission for Pakistan would continue providing similar platforms in coming days for close communication and coordination among Pakistani exporters and local importers and distributors to explore possible emerging sectors in the local food market.