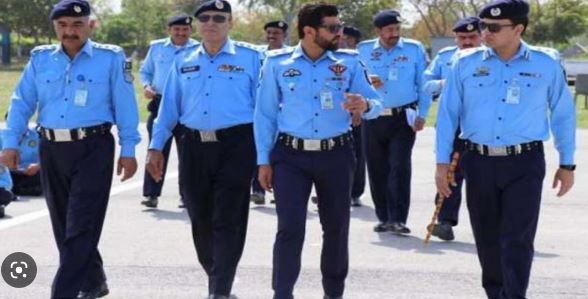 According to the statement, overall security arrangements were discussed and reviewed in the meeting presided over by the Inspector General of Police (IGP) Islamabad which was also attended by the CPO (Security), SSP (Security), AIG (Operations), AIG (Investigation), all SPs, DSPs and Inspectors from security division.

It was decided in the meeting that the Islamabad Capital police would maintain complete coordination with Rawalpindi police to ensure foolproof security while the routes of the team would be monitored through digital technology and drone cameras.

More than 1,200 personnel would be deployed on security while CPO (Security) would monitor all affairs pertaining to team security and to ensure the foolproof security of the guests.

CPO (Operations) will ensure complete coordination with them while Chief Security Officer would be deployed with the cricket team to maintain close liaison and sharing of any important information with other law and enforcement departments.

IGP Islamabad emphasized that Islamabad Capital Police will take all possible measures for the security of the cricket team to maintain national dignity. He ordered all the officers to carry out search and combing operations in the city.

The first Test, from December 1, will take place in Rawalpindi, and the second in Multan, before the series ends in Karachi. =DNA