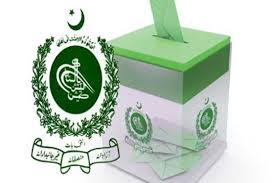 GILGIT : The caretaker chief minister of Gilgit-Baltistan (GB), Mir Afzal Khan, announced that the elections for the legislative assembly will be organised on November 15.

Caretaker CM Mir Afzal Khan said in a statement that all preparations for the organisation of polls for GB Legislative Assembly were completed and the authorities will ensure measures to hold a transparent election.

He said that security forces will be deployed during the polls, whereas, army troops will also be summoned if required.In July, President Arif Alvi had announced polls in the Gilgit Baltistan (GB) on August 18, however, it was postponed following the GB chief court. Moreover, it emerged that the delay in the appointment of Managing Director (MD) of the Printing Corporation of Pakistan had also become a cause for postponement of the polls in the autonomous region.

The Legislative Assembly of the Gilgit Baltistan had dissolved after it completed its five-year tenure on June 24.