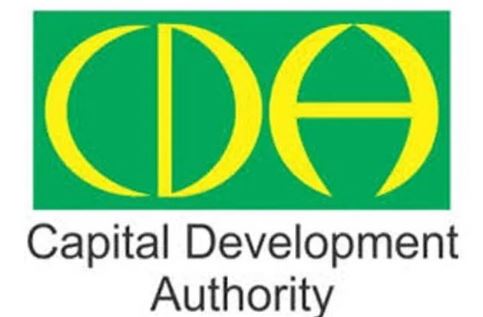 ISLAMABAD, NOV 15 (DNA) — On the instructions of the Capital Development Authority Chairman Captain (R) Muhammad Usman Younis, the Enforcement Directorate on Tuesday, with the assistance of the ICT administration and Islamabad police, conducted grand operations against illegal constructions in different areas of Islamabad.

As a result of these operations, dozens of illegal constructions were demolished with the help of heavy machinery. During these operations 60 kanals of land were retrieved and also 13 trucks of encroachment material were also confiscated.

These operations were started from Mouza Kuri Dhok Balag, a suburb of Islamabad, where the land mafia was trying to occupy the government land. Revenue Department CDA carried out a demarcation process and these constructions were found on the land acquired by CDA.

In light of the indications of the environment department, the attempt of 60 kanals of land by demolishing the vast four walls built on the CDA land was foiled.

Similarly, in line with the directions of Chairman Usman Younis, the Enforcement Department has started a special campaign to eliminate encroachment from public corridors, public passages and footpaths in the marakiz and commercial areas of Islamabad.

Operations are being carried out in various marakiz and commercial centers of Islamabad on a daily basis. During this campaign, the enforcement department took full action against encroachments in Sector F-11 Markaz, F-10 Markaz, F-7 Markaz, and G-9/4 Peshawar Mor, during which roadsides, public passages and dozens of stalls on the footpath were removed and 9 trucks encroachment material was also confiscated.

Apart from this, two trucks of encroachment material were also confiscated while removing encroachments in Margalla Town Phase-I and from Motorway Chowk.

Moreover, a new house was being constructed in Saidpur Model Village on the land of the National Park area. An attempt to occupy government land was foiled by demolishing the house.

Moreover, in front of Shifa International Hospital in Sector H-9, the footpath was encroached upon by making a motorcycle parking lot, causing serious problems for pedestrians. During the action against this illegal parking, several motorcycles were confiscated while the footpath was cleared.