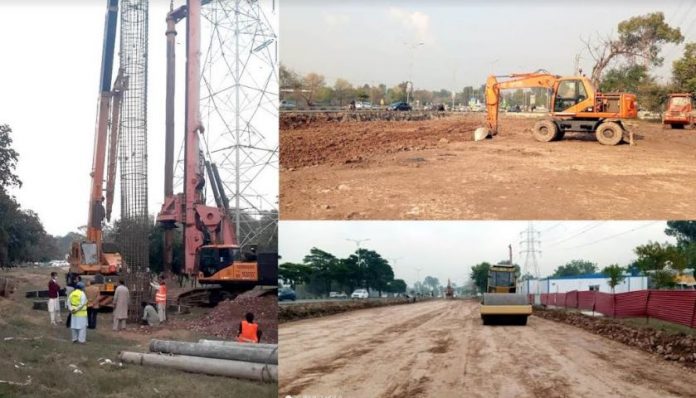 ISLAMABAD: Work of Capital Development Authority (CDA) on the Rawal Dam Chowk Project is underway. Project will be completed within the time period of two years through self-financing under CDA. Two underpasses and one flyover will be constructed under the project.According to detail, CDA is taking remarkable steps for the completion of all the developmental projects across the city.

The authority has initiated work on long delayed Rawal Dam Project on its own. The said project will be completed in two years by the expense of Rs 1150 million. The services of the consultant have been hired for the project. Test file has been completed on east loop of park road.Now work on putting load on the said loop is underway and after that the piling work will be started. The earth work of the project has been completed.

One underpass will be constructed from park road to Murree road and other one will be constructed from Faizabad towards Margalla Town. Residents of both the phases of Margalla tower and Margalla Town Orchard Scheme will be facilitated. EIA of the said project has been done. CDA will receive its report soon.  Trees at the site of the project are being shifted to other places under the supervision of the Ministry of Environment.