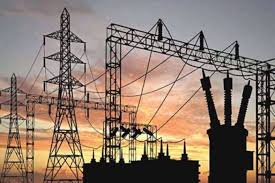 The CDWP meeting was convened under the chairmanship of Secretary Planning Syed Zafar Ali Shah, which approved 13 projects including the 132kV line for Gwadar, worth Rs 34.8 billion.

In the FY 2022-23 budget, the government has earmarked Rs 83,101.262 million for various ongoing and new schemes in the power sector. PSDP is an important policy instrument aiming to achieve sustainable economic growth and socio-economic objectives of the Government.

Gwadar relies on imported electricity from Iran and with the construction of the 132kV line, the port city will be connected to the National Grid for the first time.

The Government is making all-out efforts to solve the electricity problem of Gwadar city at the earliest. Earlier this month, Pakistan and Iran signed an agreement to supply additional 100 megawatts of electricity to fulfill the electricity needs of Gwadar. Prime Minister Shehbaz Sharif during his visit to Gwadar last Friday stated that the contractor would be “mobilized within 15 days” to start work on importing electricity from Iran to the coastal areas of Balochistan. He also ordered the completion of the project “in three months” instead of the proposed six months, the deadline set by the government earlier.