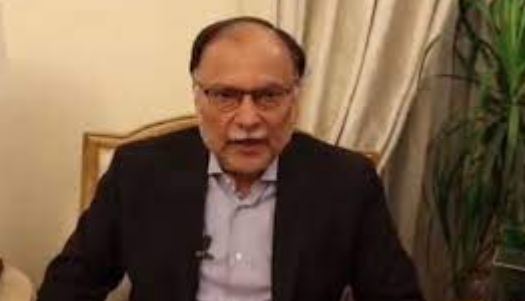 ISLAMABAD, Nov 12 (DNA): The Central Development Working Party (CDWP) on Saturday approved Rs40 billion projects for the uplift of 20 poorest districts of Pakistan, besides addressing disparity in economic development in the country.

The Ministry of Planning, Development and Special Initiatives has launched the program, which is comprising on 5 years (2022-27) and would be completed on 50 percent cost sharing basis by federal government and provincial governments.

The CDWP met here with Minister for Planning Development and Special Initiatives Professor Ahsan Iqbal in chair, said a press release issued by the ministry.

Speaking on the occasion, Ahsan Iqbal said that this is the first of its kind project in the economic history of Pakistan where the federal government is undertaking a national intervention to uplift the poorest districts and address disparity in economic development in the country.

During our last tenure, we completed the Multi-Dimensional Poverty Index survey with the help of the United Nations Development Program, which for the first-time mapped poverty at district levels across the country,” he added.

Identified on the basis of scores in this MPI, the selected 20 districts include 11 districts from Balochistan, 5 from Sindh, 3 from KKhyber Pakhtunkhwa and 1 from the Punjab, he said adding that many of these districts have been direly affected by the recent flood disaster, especially in Balochistan and Sindh.

Aligned with Pakistan Vision 2025 and the Global Agenda for Sustainable Development 2030, the project aims to make a significant contribution towards reducing regional inequality and strengthening national integration and harmony in the country, he added.

He said that the project is part of the Youth Development Program launched by Prime Minister Shehbaz Sharif last month, adding the other initiatives under this program include 2,000 internships for young engineers, besides 250 mini-sports complexes initiative, Pakistan Innovation Fund and 75 National Top Talent Scholarships.