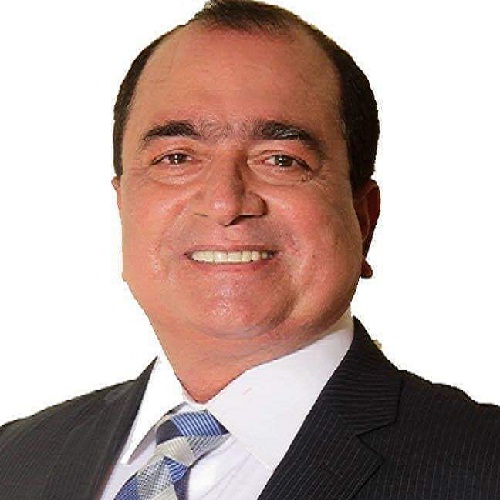 On Thursday last, Pakistan and India announced reaching at the agreement to recommit themselves to the 2003 ceasefire arrangement at the Line of Control (LOC) and agreed to address the ‘core issues’ that could undermine peace and stability. The surprise announcement was made in a joint statement by the militaries of the two countries on a ‘hotline contact’ between their Directors General Military Operations (DGMOs), which had apparently taken place a day earlier.

One of the key parts of the statement that did not get much attention was the one related to commitment to addressing core issues bedeviling the ties.

“In the interest of achieving mutually beneficial and sustainable peace, the two DGMOs agreed to address each other’s core issues/concerns which have propensity to disturb peace and lead to violence,” the statement noted.

If the recent recommitment to ceasefire by India is as simple as being projected in the media. I certainly join the folks trying to find out the actual strategic gains India has to get from this announcement. We all know that even the new US government is committed to curtailing China’s economic growth by any means. India being the US proxy in the region against China, is trying to focus on engaging China on the borders and by other ways.

Secondly, it could be an attempt to get the world’s attention diverted from what is happening inside the Illegally Indian Occupied Jammu and Kashmir (IIOJ&K). If India is serious about maintaining peace on LOC and in the IIOJ&K, the UN and human rights organizations shall be facilitated to visit the occupied territory.

The defense experts speaking at the Development Communications Network (Devcom-Pakistan) webinar termed the Indian willingness to restore the ceasefire agreement on the Line of Control (LOC) with Pakistan is merely an eyewash. Though the experts welcomed the Indian aspiration for peace on the LOC, they termed the move ‘getting a breathing space for their strategic gain’ and to divert the world’s attention from the actual situation in the Illegally Indian Occupied Jammu and Kashmir (IIOJ&K).

They said the agreement was inked in 2003 that was revoked by the Indian government unilaterally in 2014 to intensify atrocities in IIOJK. Pakistan shall ask India to do more in real terms to improve the peace and human rights situation in the IIOJ&K, and to stop unwarranted propaganda against Pakistan on the global forums.

Senator Mushahid Hussain Sayed, the chairman Senate Standing Committee on Foreign Affairs, has rightly termed the ceasefire is the first step towards the peace and harmony between both countries. He is one of the believers that Pakistan shall ask the Indian government to show their seriousness by restoring the IIOJ&K position as it was on August 4, 2019. All the Kashmiri leaders shall be released from the illegal detention and the occupation of their lands shall be reversed.

India has seen and realized that its Pakistan bashing strategy has failed miserably. All the nations globally have seen the real Indian face after all the fake makeup initiatives that have surfaced recently. For India’s face saving, the Prime Minister Modi shall come forward to announce a comprehensive strategy to resolve all the longstanding issues among the countries in the region. The SAARC summit is pending for years now because of the Indian hegemonic behaviour. It should be convened sooner than later to engage all the countries in peace building efforts, and to launch joint efforts against the challenges of poverty, economic recession, trade and climate change.

We all shall pray that the ceasefire shall last for long though it is feared that India could not stop itself for long violating the LOC. Pakistan needs to be vigilant about the post-ceasefire movement on the LOC as it could be a strategic move to camouflage atrocities in the IIOJ&K. The ceasefire means nothing if the situation in the IIOJ&K doesn’t improve, and bilateral relations do not come to a normal.

Former ISI chief Lt. General (Retd) Muhammad Asad Durrani believes that we shall not expect any paradigm shift in the Indian mindset. The hinditua policy would continue and there will be no improvement in the IIOJ&K region. Terming it a respite for India, the former ISI chief said, it would turn to be a temporary ceasefire for some strategic gains that we have no idea about.

Pakistan and the organizations working on the Kashmir issue shall keep on highlighting the atrocities being committed in the IIOJ&K by India and keep on asking India to do more the needful is done. Both countries are multi-ethnic nations and need to work out way for the harmony and peaceful neighbourhood through tolerance for each other. The regional peace and prosperity depend on the peaceful living of both countries. The Civil Society on both sides shall keep on raising their voices against the aggressive designs of the Indian and Pakistan governments against each other.

The writer is a freelance journalist and broadcaster, Director Devcom-Pakistan, a policy advocacy and outreach think tank in Islamabad. His email: devcom.pakistan@gmail.com Twitter Handle: @EmmayeSyed