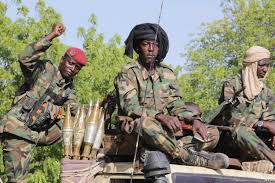 N’DJAMENA: Chad will deploy some 1,000 troops to the tri-border region of Niger, Burkina Faso and Mali to reinforce national armies that, backed by French and European allies, are battling insurgents, according to French and Chadian sources.

The deployment will be announced during a summit on Feb. 15-16 in the Chadian capital N’Djamena held to tackle the situation in the Sahel, a French presidency official and a senior Chadian security official said.

It comes as France, which sent troops to the region in 2013 to help repel militants who had occupied northern Mali, considers adjusting its military presence. This could entail France pulling some of the 5,100 soldiers that are involved in counter-terrorism operations in the Sahel.

Although France has claimed military successes against insurgents over the past year, it is searching for an exit strategy. The grinding operation has cost billions of euros and left 55 French soldiers dead, yet violence is persisting with signs it is spreading to coastal West Africa.

The French official, speaking on condition of anonymity, said President Emmanuel Macron could decide to hold off for a few weeks before adjusting his forces as he continues to consult with Sahel and European partners on the way forward.

“We now have very encouraging signals of an imminent deployment of the Chadian battalion,” the official told reporters in a briefing ahead of the summit. Financing from partner countries and equipment from France had been secured.

Chadian troops were last year mostly engaged in fighting insurgents from Boko Haram and the Islamic State in West Africa in the Lake Chad region.

Chad’s armed forces are among the most respected and battle hardened in West Africa, a reputation forged during decades of regional wars and rebellions, and honed in the 2013 campaign in the deserts of northern Mali.

Their deployment to the tri-border theatre would enable French and other forces to re-orient their military mission to central Mali and to target leaders linked to al Qaeda.

The Chadian security source said the troops were already en route to the tri-border region, known as Liptako-Gourma, a region slightly larger than Germany, where the allies are trying to wrest back control of terrain from the insurgents.

Niger’s ruling party presidential candidate Mohamed Bazoum told a campaign rally in the Tillabery region, situated in Liptako-Gourma, that Chadian troops will be based there.

The N’Djamena summit will aim to shift the focus of attention to insurgents in central Mali and to economic development and better governance to help reassert state control in areas once dominated by militants, officials said.

“They are slowly coming round to the idea that the military option has shown its limits and something else needs to be done, but it’s a slow process and is not the official line,” said a person familiar with French thinking.

Niagale Bagayoko, chair of the African Security Sector Network think tank, said that one of the main issues at stake in discussions would be whether to negotiate with the insurgents.

Mali and Burkina Faso have said they are open to such talks, an option opposed by France.

“The actors that are the closest to the ground say that without seeing the political dimension of the conflict, we won’t go anywhere,” Bagayoko said.

Mentioning the two paramount al Qaeda-linked leaders in the region, she said, “I think France wants to record a victory by eliminating Iyad al Ghali or Amadou Koufa and then say that it’s possible at a local level to negotiate with unit chiefs who were affiliated but are less politically dangerous.”