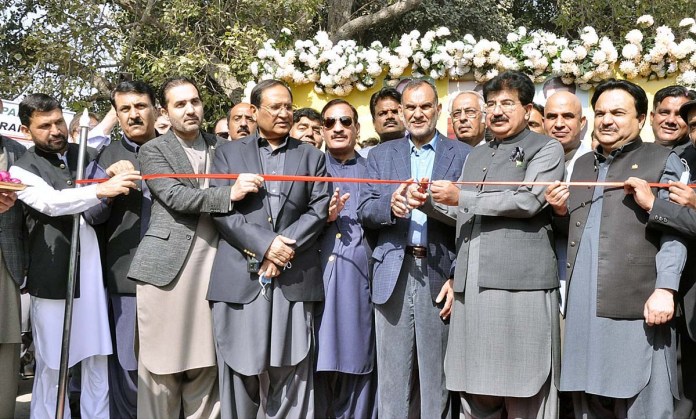 The safari train will also pass through the old iron girder bridge, which is the most important, strategic and commercial cross on the Indus between Punjab and Khyber-Pakhtunkhwa.

Addressing the media persons at the inauguration, Chairman Senate said that this safari train was an important step towards promotion of tourism in the country. Railways were backbone of the economy, he added.

He said that the concept of safari train was good; it could be a source of entertainment and tourism.

He said that such trains should also be run from different cities as it could play a key role in promoting tourism.

The chairman said that Railways should take such steps to make the institution profitable and help in projecting a positive image of the country. “At one time, fresh water was also delivered by railway from Quetta to my village” he added.

He said that promotion of tourism was responsibility of every individual.
He said that the development of any country was linked with the tourism.

Minister for Railways Azam Swati said on the occasion that the objective of the train was to project the culture, civilization, heritage and worth seeing beautiful places of Pakistan before the world.

He said that his priority agenda was to eradicate corruption from the railways. There were mostly good officers in the railways but there were a few black sheep, he said and added that he would selectively eliminate these black sheep.

He said that freight trains would also start soon. He said that the Railways would have to move forward for the sake of country.

He said that new signal system would be introduced in Railways. Passengers would be paid fine if passenger trains got late, he added.

He said that keeping in view the interest of the Prime Minister about tourism, Pakistan Railways started safari train to promote tourism in the country. Railways would soon play a major role in tourism, he added.