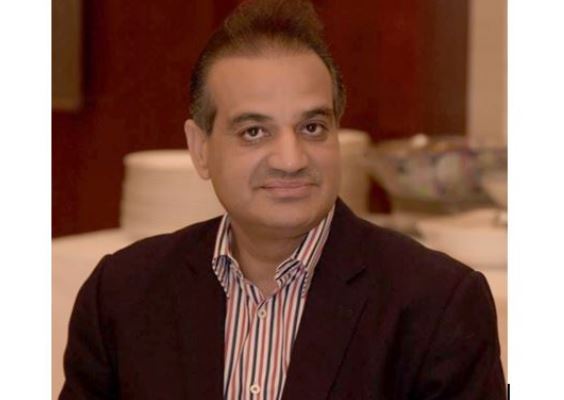 ISLAMABAD: Punjab being the biggest province holds a key to success of governments at the federal level. Imran Khan when came to power decided to keep control of the Punjab province in his own hands by appointing a ‘puppet’ chief minister.  Usman Buzdar virtually failed to deliver good governance. Law and order and especially corruption touched new heights during his tenure. It was in fact a starting point of differences between Imran Khan and the establishment. Everybody wanted Buzdar to be replaced by some dab hands but Imran Khan turned a deaf ear to all such calls. He announced to replace Buzdar at a time when his own ship was about to sink. His intransigence to continue with Buzdar cost him his government.

PML N President Shehbaz Sharif has been elected as the Prime Minister of Pakistan. He would like to stay in power for the rest of the tenure if things go well. As his close aides would suggest, he wants to call early elections but if his son grabs Chief Minister slot in the Punjab province then the father and son may wish to stay in power for rest of one year and four months period. The PTI MPs have resigned from the National Assembly therefore the PML N and allies government will have no resistance whatsoever while doing legislation. But at the same time, the PTI would continue to exert pressure on the government to hold early elections.

The biggest challenge for Shehbaz Sharif unequivocally would be the economic challenge. If I say that the only one single factor that led to unpopularity of Imran Khan was the dollar factor, won’t be wrong. It was not a prudent move when the Imran Khan govt allowed a free movement of the dollar. The idea was to boost Pakistani exports and decrease imports. But ironically the idea backfired. In that situation the govt was required to do some damage control but instead it just saw the dollar playing havoc. The Shehbaz Sharif government will be facing the same threat therefore their damage control measures should be much effective than that of the PTI government if they really would like to deal with this monster. During the previous PML N regime the then Finance Minister Ishaq Dar was able to keep the dollar between Rs 100 to 115. People don’t care about any monetary backlash in case the dollar is controlled through artificial arrangements; they simply want to have access to basic amenities at a low price.

On foreign policy matters, the new government is likely to do well since PML N enjoys excellent relations with Saudi Arabia, China, UAE and even European Union. It will also try to mend fences with the USA. Similarly, Pakistan’s relations with the Central Asian states have witnessed new heights. Pakistan accords huge importance to its ties with these neighboring states, which indeed makes sense as we can do together a host of things ranging from diversification of trade activities to greater connectivity. Imran Khan too contributed greatly towards building new linkages with the Central Asia by visiting these countries and inviting heads of these states to Pakistan. Hopefully, the new government will try to preserve and protect these relations.

Corruption happens to be Pakistan’s number one problem. Rather, it has been a number one problem all along but intriguingly no government ever tried to put an end or at least minimize quantum of this menace, the reason being obvious that everybody seemed to be involved. The PML N and his allies have vowed to introduce better governance system, which is free from all these ills. If they are able to do so, it will indeed be a great service to this country and the nation as well.  Political independence comes with the economic independence. Shehbaz Sharif in his recent speech rightly said that beggars cannot be the choosers. Now he has got an opportunity of taking Pakistan out of the list of beggars.

As regards the composition of the government, of course all allies will have their pie. In normal circumstances it would be next to impossible to gather all these parties on a single platform since all of them have diametrically different views on almost all issues. It therefore can rightly be called an ‘unnatural’ alliance.  In the past all these parties have accused one another of being even ‘traitors’ and ‘thugs’. My understanding is that their alliance is for only a short period of time. They all are likely to contest the general elections with a different game plan and with alliances of their own choosing.

The new government intends to make changes in the electoral laws by disallowing the overseas Pakistanis to cast their votes. Similarly it also wants to clip wings of the National Accountability Bureau (NAB). The incumbent NAB chief will be replaced for sure since he has already completed his term. The govt may also disallow Electronic Voting Machines (EVMs) in the next elections. All said and done, I personally don’t think the government will be allowed to introduce all such changes. In this case even the govt allies may create hurdles. The Prime Minister Shehbaz Sharif in his inaugural speech resolved to clear the mess created by the previous government. Let us hope and wish that the new set up brings hope and prosperity for the people of Pakistan.