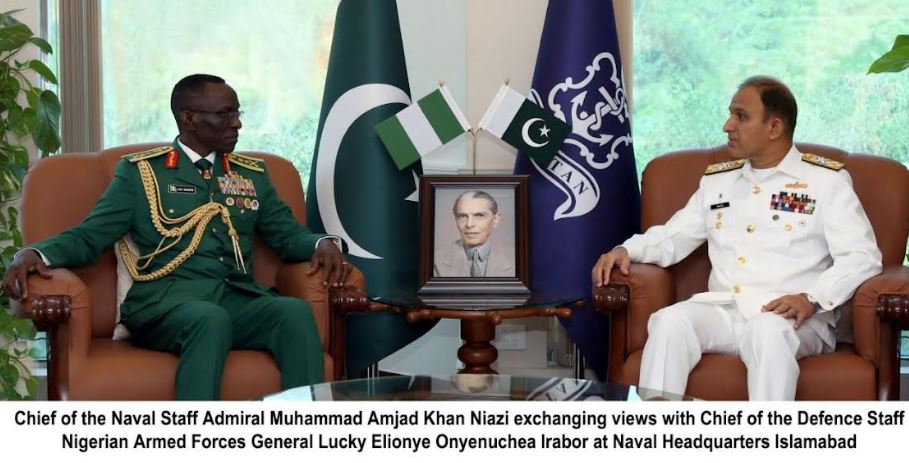 During the one-on-one meeting between the dignitaries, matters of mutual interest including bilateral collaborations and regional security were discussed. The visiting dignitary appreciated Pakistan Navy’s efforts and initiatives in support of collaborative maritime security and stability in Indian Ocean.

The recent visit of Chief of Defence Staff Nigerian Armed Forces will further enhance bilateral collaboration between the Armed Forces of two countries.