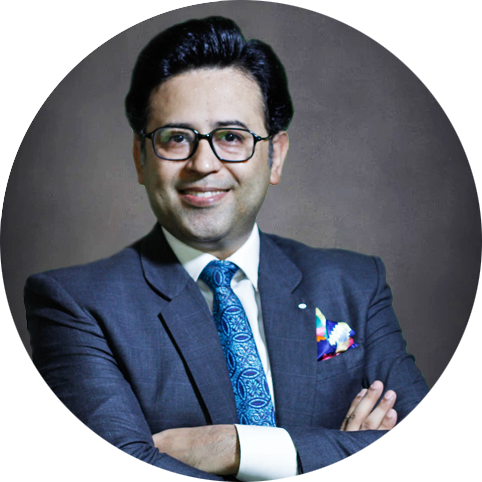 It is not only Shanghai Cooperation Organization (SCO) where the Prime Minister Pakistan applauded the unmatchable progress of China in recent history. And there is indeed no exaggeration.  China earned and well deserves the appreciation.

We must not forget another close neighbor who once had crumbled political system, constitutional crises, hyperinflation, monetary overhang, increasing rate of poverty, short of revenue and printed money to finance its debt, almost collapsed economy, bankruptcy of much industry, and a deep credit crunch caused shut down of many industries and brought about a protracted depression. Yes the post-Soviet Russia. In December 1991 after the breakup of USSR, Russia had to deal with multiple challenges. It was the challenge of transition that required political reform, economic restructuring and the redrawing of political boundaries.Once the super-power, sank into deep economic depression by the mid-1990s due to poorreform efforts. And financial crash of 1998 was never less than a last nail in the coffin. The economic crises wereas harsh as of immediate economic consequence of World War I, the fall of Tsarism, and the Russian Civil War. A report by World Bank revealed that population living in poverty raised to 49% in 1993 from 1.5% in the late Soviet era.Due to economic downfall post-Soviet era experienced an immediate depletion in public health, decline in birth-rates due to economic disorder, life expectancy of men and women dropped from 64 years to 57 years and from 74 to 71 respectively. A sharp increase of unnatural deaths: suicides, accidents, and murders, was witnessed among youth. The skyrocketing price hike of medicine was one of the major causes of exponential increase in deaths. Besides, in the struggle to transform from a state controlled to a market-oriented system, large collective and state farms that were provided with state-guaranteed marketing and supply channelshad to contend with the sudden loss of state support. Resultantly in less than 10 years, livestock accountsdropped by half, feed grains demand declined, and the area planted to grains dropped by 25%.The reduction in purchasing power affectedthe purchases of mineral fertilizer and other agricultural inputs and crop yields went down. New machinery got expensive and sources of capital investments shrink. Overall the agriculture sector of Russia suffered the worst of the odds. Moreover, converting the world’s largest state-controlled economy into a market-oriented economy was an uphill task. Regardless of the brilliance of policy makers, such conversionwas extraordinarily difficult. Being a crisis-wracked country Russia had to ground her policies in the neoliberal Washington Consensus of the International Monetary Fund (IMF), World Bank and Treasury Department.There were three main policies opted: liberalization, stabilization, and privatization. Yes it was shock therapy and the outcome was in shape of self-centered greedyRussian oligarchs. These were the businessmen who rapidly accumulated wealth under the shadow of privatization policy of newly emerged state of Russia.  The dwindling Soviet state offered state owned assets those had to be sold out to private parties and thus the business magnates pulled out most of the assets and started controlling the rest of the system. The shift from USSR to Russia was only beneficial for the business oligarchs, they tried to hijack, and they did to good extent, but then Putin factor came in. That is quite another topic.

Beside these glimpses of the Russian crises, within 20 years Russia has well-functioning presidential democracy, international prestige has been re-gained, real GDP grew on average 6.7% a year, average income increased 11% annually, and a consistently positive balance of the federal budget enabled the government to cut 70% of the external debt. Today Russia is the 5thlargest national economy in Europe, the 11thlargest in the world in terms of nominal GDP, and the 6thlargest by purchasing power parity.Moreover life expectancy increased, mortality dropped, health care services covered.  A US-CIA estimate 99.7% literacy rate in Russia and according to a 2016 OECD report, 54% of Russia’s adults have attained a tertiary education making Russia the second-highest attainment of tertiary education among 35 OECD member-countries.In 2016 the US company Bloomberg rated Russia’s higher education as the third-best in the world. The Guardian reports Russia as the 6th most-popular destination for international students in 2014.In 2016 Russia exceeded Soviet grain production levels, and in that year became the world’s largest exporter of wheat.In 2018 Russia was among top ten producers of wheat, barley, sugar beet, potato, oats, maize, lentils, pumpkin, cabbage, pea, onion, apple, flax, rye etc. In the last years Russia has emerged as a big agricultural power again.

Pakistan seems to resemble Russia in many aspects. There was Stalinization resulted in rapid industrialization and other developments. We had Ayubization that caused industrialization, construction of dams, power stations, and other developments. Russia lost her land with the collapse of USSR, and we lost our land with fall of Dhaka. Russia converted from one party system to presidential democracy, and we are struggling for the true democracy. Russia came out of the worst economic crises, and we are trying to win-over the economic challenges. Russia had to crush the business and political oligarchy, and we are yet hijacked by oligarchy. Such similarities provide us the ground to benchmark Russia for socio-economic development as we benchmark China. Present Govt. seems keen to comprehend the method in which China progressed, but there will not be any harm to study additional case of another equally brilliantsuccess story.