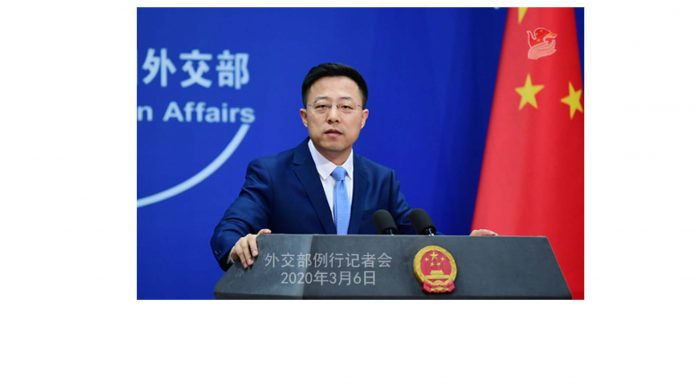 International community should fully recognize and respect Pakistan’s
efforts in this regard: Zhao Lijian

BEIJING, Opposing attempts to link terrorism to any
specific country, China on Friday commended Pakistan for making
tremendous efforts and sacrifices in fighting terrorism and called upon
the international community to fully recognize and respect such efforts.

Terrorism is common challenge faced by all countries and Pakistan has
sacrificed much in the fight against terrorism.

“International community should fully recognize and respect Pakistan’s
efforts in this regard” said by a spokesman of the Chinese Foreign
Ministry, Zhao Lijian during his regular briefing.

He said that China opposed to all kind of terrorism added that all
countries should engage themselves in anti terrorism international
cooperation to jointly safeguard the world peace and security on the
bases of mutual respect, equality and mutual benefits.

The spokesperson said that 19th anniversary of the September 11 incident
was being marked today which brought many challenges to the global
security.

Zhao said that the Chinese side believed that the United Nations (UN)
should play a leading role in this regard, adding, “We oppose double
standards on counter terrorism and we oppose the attempt to link the
terrorism to any specific country.