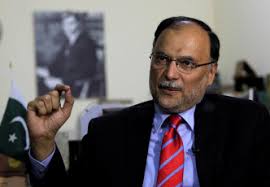 ” China was generously supporting Pakistan in the education sector,” he said addressing the Paigham-e-Pakistan (message of Pakistan) conference.

He maintained that the government had increased the higher education budget by 68% under the Public Sector Development Program (PSDP).

“We have raised the budget from (Pakistani l) Rs 23 billion and set the target for Rs44 billion,” he added.

His remarks came a day after the government presented the federal budget worth Rs 9.5 trillion.

The planning minister informed that the government had the vision to establish at least one university in every district of the country.

“It is our duty to give opportunities to youth for the higher education and skills so that they can contribute back to the economy,” Iqbal remarked.

He announced a project to establish 250 vocational institutes across the country to provide better employment opportunities.

“We will be bringing the laptop scheme once again,” Iqbal said, adding that the government has “not enough finances” to give away laptops to everyone.

The merit-based procedure will be followed, he added.