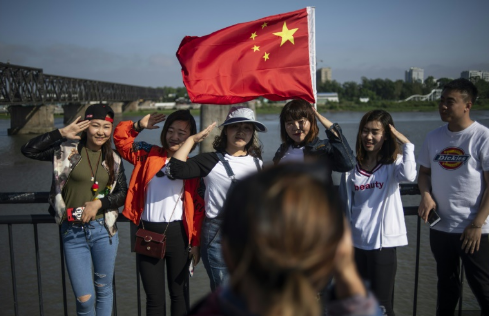 In his 2023 New Year Address, Chinese President Xi Jinping reviewed the accomplishments achieved by China in 2022, and encouraged the Chinese people to press on courageously to make tomorrow’s China a better place. His remarks demonstrated China’s sense of responsibility to keep working with the rest of the world to create a better future for mankind on a new journey.

China will do well only when the world does well, and vice versa. Changes of the world, of the times and of history are unfolding today in ways like never before.

China always pursues the common good of the world. It is a country where dreams become reality. Brimming with vigor and vitality, keeping to its national character, and closely linking itself with the world, the country is not only seeking its own development, but also benefiting the entire world.

Last year, China’s economy achieved steady progress. The country’s GDP for the whole year is expected to exceed 120 trillion yuan ($17.38 trillion), which will hit a historical high. It had 19 consecutive years of bumper harvests in grain production and embraced the eighth consecutive year to register a grain harvest of over 650 billion kilograms.

China has always put the people first and put life first all along. Following a science-based and targeted approach, it has adapted its COVID response in light of the evolving situation to protect the life and health of the people to the greatest extent possible.

None of these achievements would have been possible without the sweat and toil of the numerous Chinese people. Sparks of talent are coming together, and they are the strength of China!

A strong leadership is very much needed for a country to cope with the changing international situation, and there must be solutions for the world to tackle challenges amid the turbulent international environment.

In 2022, Xi chaired and attended over 10 international multilateral meetings at home and abroad, met and held talks with more than 60 leaders of foreign countries and international organizations, and made telephone and video calls with nearly 30 foreign leaders, exchanging views with them on bilateral relations and major international issues.

China follows the vision of building a community with a shared future for mankind, works with relevant parties to advance high-quality Belt and Road cooperation, promotes the implementation of the Global Development Initiative and the Global Security Initiative, and pushes for the building of an open world economy.

China’s vision of advancing the common progress of the world, its promises that place a high value on its friendships with other countries, its wisdom that guides it to seek harmony in diversity, as well as its sense of responsibility that makes it keep its word all shed light on the future development of the world.

Around the world, the trends of transformation and turbulence are both evolving continuously, and the tendencies toward unity and division are both surging and contending with each other. China will continue to be a builder of world peace, a contributor to global development, and a defender of the international order.

Based on the principle of objectivity and fairness, China proposed four points about what must be done and four things the international community must do together to alleviate the geopolitical conflicts intensified by the Ukraine crisis, playing a constructive role in encouraging peace talks and alleviating humanitarian crisis.

When protectionism was on the rise, China opened its doorwider and wider to the outside world. It has become a consensus of the international community that investing in China is investing in the future.

In the new year, China will promote human progress with Chinese modernization and bring new opportunities to the world via its own development, so as to inject more stability and certainty into the turbulent world and write a new chapter of Chinese development and global development reinforcing each other.