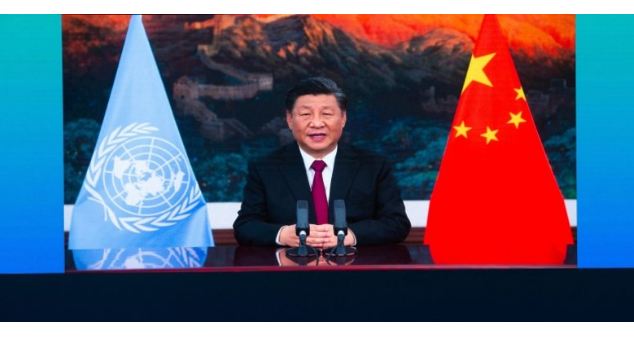 The announcement came in a speech to the UN Biodiversity Conference taking place online and in-person in the south-western Chinese city of Kunming.

China will place the money in a biodiversity fund and is inviting other countries to contribute, Xi said.

Xi promised that that China will step up efforts to prevent species extinction, including by expanding its nature reserves.

China is the world’s leading producer of greenhouse gases and the largest consumer of coal. Around 60 per cent of its growing energy needs come from coal.

In his video speech, Xi acknowledged the major impact the climate crisis is having on ecosystems. He said China would expand renewable energy capacity by accelerating solar and wind-turbine projects.

“We are losing biodiversity at a concerning scale and speed,” she said. To halt and reverse the trend, she called for a target of protecting 30 per cent of the land and sea by 2030.

Schulze also called for improved implementation mechanisms at all levels to ensure targets were not merely empty promises. “This means an obligation to transpose the global targets in national strategies, effective monitoring, efficient reporting and stronger scrutiny of successes and gaps,” she said.

Biodiversity should be mainstreamed into all areas of policy and economy, Schulze said. “Nature conservation can no longer be a matter only for environment ministers.”

She noted that the coming months would be decisive in preventing biodiversity loss. “We must use the time well until the second part of COP-15 to address open questions about the global framework in constructive dialogue,” she said.

The five-day UN Biodiversity Conference kicked off on Monday but much of the work is being done online owing to the coronavirus pandemic.

The meeting brings together nearly 200 parties with the aim of forging a new framework agreement similar to the 2015 Paris accord to limit global warming.

This week’s meeting, known as COP-15, is scheduled to be followed by further negotiations in Switzerland in January, before a final strategy is adopted at an in-person meeting in Kunming from April 25 to May 8.

The UN says that 1 million animal and plant species are threatened with extinction, more than ever before in human history.