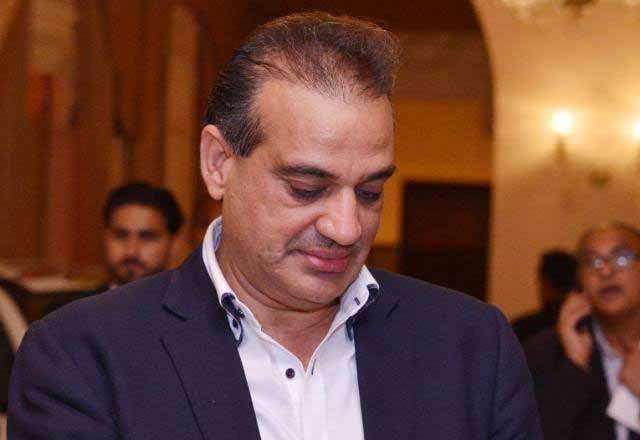 ISLAMABAD (DNA)- Saudi Arabia has decided to be part of CPEC and is ready to make huge investments. According to reports Saudi Arabia will built an oil reservoir in Gwadar apart from making investments in various other projects.

China on the contrary has announced that it will welcome Saudi Arabia in the CPEC however some Chinese experts, requesting anonymity, say the idea of including a third country into a project which according to the experts was purely a Chinese initiative, may not be bought in China.

According to these experts, the work on CPEC now is likely to be slowed down and Chinese may not be undertaking it with same zeal and spirit.

Such Experts say after Saudi Arabia inclusion CPEC will have two captains, China and Saudi Arabia. Now if a team has two captains at the same time, it obviously would not perform well as each captain would try to run team affairs according to his own sweet will.

The experts further say, Chinese have another apprehension and which according to them is very serious and of far-reaching consequences.

Chinese think, the Americans, who for the long time, wanted to become part of the CPEC, now may have an easy access to it given the fact that Saudi Arabia and America happen to be very close partners.

Even some experts say it was basically idea of the Americans to involve Saudi Arabia in the project so that they could also keep an eye on it. Nevertheless, majority of experts and opinion makers believe this is simply a preposterous preposition.

But it must be kept in mind that Saudi Arabia sincerely wants to join the project with the avowed aim of helping Pakistan develop its infrastructure so that the country makes progress by leaps and bounds, therefore all such notions should not hold any ground and ought to be shelved. Saudi Arabia’s joining of CPEC will for sure prove an added advantage, thus making timely fruition of the project possible.

In the given circumstances and going by some expert opinons the future of CPEC may be in limbo. There is no denying the fact either that the project is a reality and it shall definitely see the light of the day come what may.

We have to keep in mind that CPEC is very small project for Chinese as compared with their engagements with other regions. CPEC in fact is one of the Chinese projects taken under the Belt and Road initiative.

It may be mentioned here that the PTI when it was in opposition had reservations about various projects of CPEC, especially about the transparency of the project.

In principle, the PTI was in favour of the project and had a considered opinion that the project will surely be a game changer.

It also held a view that the PML N leadership had received huge kick-backs in various projects allegedly in connivance with the Chinese companies, especially in Multan metro project. The consequent inquiries later vindicated their stand-point.

The Sri Lanka port example was also in front of them where Chinese took full control of the said port when Sri Lanka said it was not able to pay back loans. The transfer gave China control of territory just a few hundred miles off the shores of a rival, India, and a strategic foothold along a critical commercial and military waterway.

According to reports that port is now solely controlled by Chinese while the external security of the port is looked after by the Sri Lankan authorities.

Even foreign diplomats are of the view CPEC in its current shape would benefit China the most. However they all seem unanimous when it comes to vitality and importance of the project. According to them, CPEC is indeed a game changer.

The Japanese ambassador in Pakistan Takashi Kurai in his interview to DNA news agency and Centreline journal made it clear that the CPEC Projects should be in the benefit of Pakistan.

He also talked about transparency in the project saying, ‘Japan sincerely hopes that the CPEC projects are to be implemented for the benefit of Pakistan and believes at the same time that for the CPEC to be fully beneficial to Pakistan, they should be based on principles of transparency, economic viability, rule of law, following the international standards”.

The PTI leadership genuinely wants CPEC to move forward and that too with a fast speed for it would bring prosperity and economic development in Pakistan.

Having said that, the PTI leadership also genuinely believes that transparency must be ensured in all CPEC projects and that is why PTI wants a review of all related projects. The idea is just to make sure that there is no wrong-doing involved.

The writer is a senior journalist/anaylst.