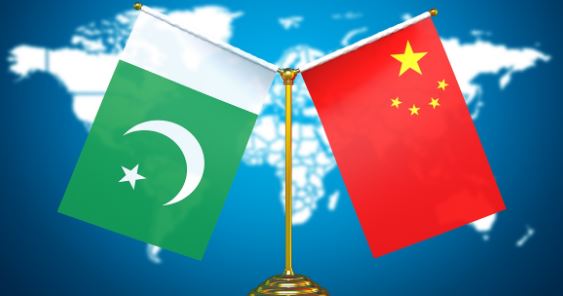 BEIJING, Aug. 20 (DNA): The United States wants to reverse its declining trend by engaging China in a war. Its stance on the Taiwan question has been characterized by “strategic ambiguity” and China has been aware of its purpose for a long time.

According to Gwadar Pro, the remarks were made by Dr. Rashid Ahmad Khan, a political analyst and an expert on South Asia, Central Asia, the Middle East, Indian Ocean and Persian Gulf security issues.

Regarding border disputes, the US wants to confuse the Chinese mainland with Taiwan and deliberately tries to engage China in a war.

However, China is a very sensible country. It will not get involved in any war, he added.

“We all know that Nancy Pelosi is not the first US House Speaker to visit Taiwan. House speakers have visited Taiwan before as well. However, Nancy Pelosi’s visit holds more importance because the visit was made at a time when the relations between China and the US were quite strained,” said Rashid.
“Tensions between the two countries have been going on for a long time over the issue of Taiwan. The reason was that America had started providing modern weapons to Taiwan. The US has been giving aid to Taiwan since 1949.
However, at this point, America’s aid to Taiwan was a source of concern for China. Any interference step is not acceptable for China at any cost,” added Rashid.
In the current situation, Chinese mainland has downgraded its relations with Taiwan and put economic pressure on it. China will not attack Taiwan at any cost. “The American media itself has criticized Pelosi’s visit an unnecessary provocation. America did not benefit from it at all. It did not achieve anything. On the contrary, I think that it has harmed Taiwan and the world.”
Indeed, the feeling has gained strength in America that the world considers America as a declining power. America’s strategy has also failed in Ukraine. To offset all these effects, the US wanted to launch another new campaign to tell the world that it still has courage, power and determination.
“We all know that there have been statements from American officials. According to them, the US perceives that it is challenged by China. Therefore, at this point, America thinks that it is the right time to engage China in this kind of fight,” Rashid said that Pelosi’s visit was well calculated to provoke China.
The US provoked a conflict in Ukraine and would like to see the same thing happen in Taiwan straits.