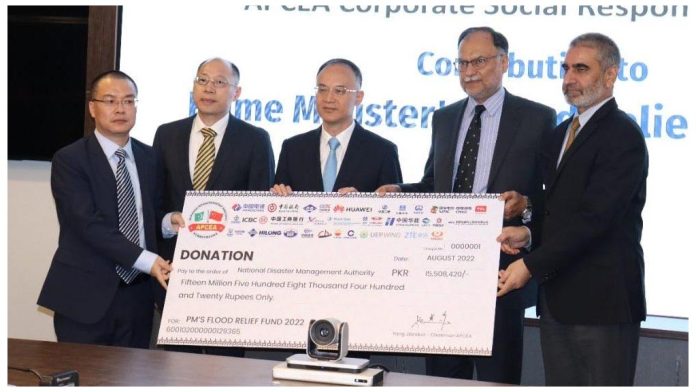 CSR’s slogan “Together through the rain; heading towards the rainbow” expresses the resolve of the Chinese community to help its Pakistani brethren, as was remarked by the esteemed speakers.

Both countries have recently signed MoU for cooperation in the area of natural disasters also.

The Ambassador also announced that China will be providing a large number of tents and other relief equipment to help alleviate the current crisis and the suffering caused by it.

The Chinese government on Wednesday announced to provide a batch of emergency humanitarian supplies, including 25,000 tents and other supplies in dire need, as well as USD 300,000 emergency cash assistance to the flood-affected Pakistan people in times of need.