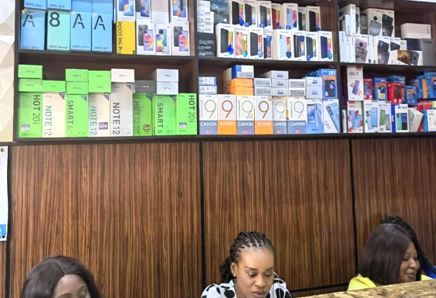 A report recently released by the GSMA, an international association of mobile operators, indicated that by the end of 2021, more than 500 million people had subscribed to mobile services in Sub-Saharan Africa, representing 46 percent of thepopulation.

There will be 613 million total subscribers by 2025, representing 50 percent of the region’s population, according to the report titled “The Mobile Economy Sub-Saharan Africa 2022.”Nigeria, Ethiopia, the Democratic Republic of the Congo, Tanzania, and Kenya will account for more than half of the new subscribers, the report said.

With a total population of more than 210 million,Nigeria is the most populous country in Africa. The country has a young population and the median age is around 18 years, boasting enormous potential for consumption. Regarding digitalization as an important tool for boosting the economy, the Nigerian government has taken a series of measures to advance digitalization.

In March 2020, Nigeria unveiled the National Broadband Plan (2020-2025), putting relevant telecom infrastructure projects on the list of the nation’s key infrastructure projects. In June 2022, Nigerian President Muhammadu Buhariinaugurated the Presidential Council on Digital Economy and E-government, pledging to improve the ability of the government to develop, apply, and deploy digital technologies, improve efficiency and transparency of the government and promote business facilitation.

Ikenna Emewu, a Nigerian media professional, introduced that as a vital part of the digital economy, smartphones account for more than 84 percent of the total Internet connections in Africa.

Chinese enterprises have made smartphones affordable for more African citizens. Statistics from the Nigerian Communications Commission showed that by June 2022, there were more than 150 million mobile Internet users in Nigeria, and the Internet penetration rate stood at around 70 percent.

In recent years, Chinese enterprises have assisted Nigeria in speeding up the construction of communication infrastructure. Chinese telecom giant Huawei has helped Nigeria design and build the “galaxy backbone network,” which underpins the communications network that has been basically established in Nigeria. The5G network deployed by Huawei in Nigeria will further improve Nigeria’s network infrastructure.

Stephen Oni, an Internet media entrepreneur in Nigeria, expressed that after entering Lagos, the economic hub of Nigeria, which is also known as Africa’s “Silicon Valley,” Chinese enterprises have helped the city become the most invested market for startups in Africa where many renowned local Internet enterprises have emerged, helping Nigeria’s digital economy move toward prosperity.

More than half of the mobile phones on the shelves of a mobile phone store in Abuja, capital of Nigeria, are smartphones of Chinese brands. (Photo by Jiang Xuan/People’s Daily)

People shop for mobile phones at a store in Abuja, capital of Nigeria. (Photo by Jiang Xuan/People’s Daily)