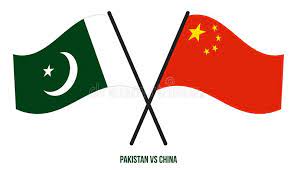 BEIJING, APRIL 22  : China’s Sinohydro will build a run-of-the-river hydropower plant in Chitral of Pakistan’s northern KP province to produce 82MWs, or 380 GWh per annum, of clean energy at the cost of $200 million, Gwadar pro reported on Thursday.

The Turtonas-Uzghor hydropower project will be executed by Uzghor Hydropower Pvt. Ltd., a consortium of China’s hydropower giant Sinohydro and Pakistan’s Sachal Group.

The project site is located 5 kilometres away from the existing 108MWs Golen Gol HPP on Golen Gol River, a tributary of Mastuj river in Pakistan’s north-most district of Chitral. Chitral is adjacent to Pakistan’s Gilgit-Baltistan region, which borders China.

On April 19, the National Electric Power Regulatory Authority (NEPRA) approved the tariff petition of the sponsors, thus allowing the Sinohydro-led consortium to go ahead with the project.

project will be completed in 4 years after the commencement of the civil works, according to an official document of NEPRA as per the Gwadar pro’s report.

The Private Power Infrastructure Board (PPIB) has already approved the project design, feasibility study, and financial proposal of the project.

The relevant body of KP province has declared the project as environment-friendly, it further stated.

Sinohydro is a global leader in hydropower generation and has also executed several successful projects in Pakistan.

The Uzghor hydropower project will be executed under independent hydropower producer (IHPP) mode under a 30-year post-completion period.