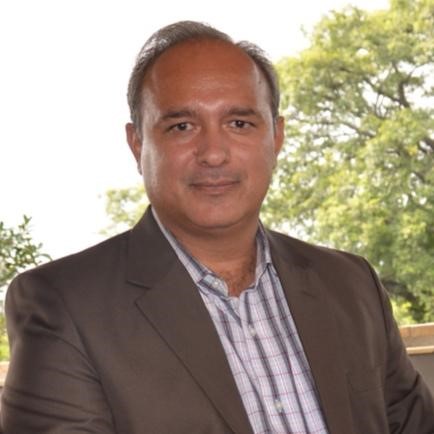 This was certainly not the best of welcomes Abdul Rashid Dostum received on his return back from Turkey. Soon after he landed in Afghanistan, Taliban captured Sheberghan – the capital of Jawzjan province bordering Turkmenistan – considered stronghold of the notorious warlord.

This happened on Saturday, August 7, 2021. And it was the second provincial capital Taliban took within 24 hours. Zaranj, the capital of southern Nimruz province bordering Iran became the first provincial headquarters to fall to resurgent Taliban a day earlier, on Friday, August 6.

Not only that it depicts a hostile welcome for Dostum who was getting a ‘treatment’ in Turkey; but the fall of Zaranj and Sheberghan together with other recent  happenings in the raging war between Taliban and government forces give us several indications about the unfolding strategy of Taliban.

On Sunday, August 8, Taliban are reported to be closing in on city center of Konduz, capital of the Northern Province with the same name bordering Tajikistan. Fighting is also said to be raging intensely in Heart, Helmand and Kandhar provinces.

So what does it tell us about Taliban’s progress so far and strategy for the future?

Until the turn of August, Taliban were already controlling an overwhelming share of the countryside while the cities were, and mostly remain till now, under the control of government forces. Taliban claimed controlling 85% of country’s land – which seemed realistic as most of the countryside is rural – while even an American general admitted few days ago that they [Taliban] control ‘half’ of the country.

It seems very likely now that within next few days Taliban would be controlling 5 to 7 provincial capitals, probably more. But the areas that have fallen to Taliban already or are going to fall soon to them give a very clear message.

Control of Zaranj, means Taliban are now in-charge of trade route leading from Afghanistan to Iranian port of Chabahar. Fall of Dostum’s stronghold Jawzjan means Taliban not only control border with Turkmenistan but also overlook trade-routes with Uzbeksitan passing through nearby Balkh province.

Tajik president has already made it known to the world that militia controls his country’s border with Afghanistan. Actually, several hundreds of Afghan national forces’ troops ran away into Tajik territory fleeing Taliban attack a few days ago. Some also fled to, and were given a safe passage by, Pakistan not far away from Tajik-Afghan border.

Taking Heart, and Kandhar would mean Taliban have seized control of much, rather all, of border with Iran and also with Pakistan’s Balochistan. While entire Kandhar is yet to fall, Taliban already control border crossing of Spin Boldak with Pakistan – in fact having started to dictate terms of cross-border movement to Pakistani counterpart authorities managing Chaman-Spin Boladak crossing. Afghan government authorities stated a few days ago that customs revenue has decreased significantly as Taliban controlled many of the country’s border posts – drying up the main source of revenue for Kabul.

So militia is making it clear that before they make any major move on Kabul, they are aiming for taking control of major international routes except for the air-traffic. Wakhan strip is already under their influence.

So the developments and moves so far tell us that ‘Islamic Emirate of Afghanistan’ – as Taliban formally name themselves – are following a strategy of ‘circling in’, on the center of power, gradually.

Yet, it is not going to be easy or smooth for them. Government forces, though highly demoralized, still control air power and airports of the country. So not only airpower may make Taliban retreat from certain gains but a complete blockade of Kabul is also not possible – it is clear to Taliban as well.  Besides, government forces are also backed by lethal and unmatched airpower of US / NATO forces and bombing on advancing Taliban’s positions has been intensified in recent days. Yet, bombing is not a feasible response when the militia had already entered cities as it means huge collateral damage.

As Taliban capture cities, they are releasing Taliban and other prisoners from the jails. More vehicles, equipment and ammunition in coming in their hands adding to their prowess.

It all indicates one of the bloodiest periods in Afghan history, ahead. Advance towards Kabul may take months, but even before that a lot of bloodshed is very much likely, all across the country. It is never too late, though. Let us hope that Taliban, Afghan regime in Kabul and other factions may somehow reach a negotiated arrangement – the earlier, the better. Unfortunately, the prospects for that are not really bright.

The author is Founding President of the Eurasian Century Institute, Islamabad-Pakistan and may be accessed at irfanzad@gmail.com