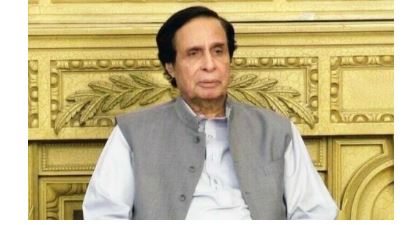 In an interview with Bol News programme Tajzia, Elahi said he had received offers from both the PTI camp and the then-opposition for the PML-Q’s support. The chief minister said that his son Moonis Elahi had also expressed a desire to side with the PTI.

“God changed our path in the last moments and sent Bajwa sahab to show us the way. When I expressed my concerns about the Sharifs and that I don’t trust them then Bajwa sahab said, ‘You should proceed carefully and the path going towards Imran is better for you and your friends,’” CM Elahi said without specifying if his interaction with the former COAS occurred prior to the no confidence move against Imran or at the time of the Punjab chief minister elections.

Similarly, Moonis had claimed during Hum News programme Hum Meher Bokhari Kay Sath on Thursday night that Gen Bajwa advised his party to support the PTI in a weeks-long tussle that ended with Imran’s ouster as the prime minister through a no-confidence vote in April.

“At present, a certain section on social media has been bashing Bajwa sahib without any reason. He is the same Bajwa sahib who had bent the direction of the river’s flow for the PTI,” Moonis had said, adding that he had had a disagreement on this with the PTI and anyone else speaking against the retired army chief.

He went on to say that a man “went all out for you (PTI)”, but now that he had retired, “he has become bad”.

“Had he been bad, he wouldn’t have asked us to back Imran.”

When Bokhari sought clarification on whether Gen Bajwa had asked them to support Imran, Moonis had elaborated: “When the decision was being taken on which way we have to go, we had received offers from both sides — mian sahiban [Sharif family], the PDM (Pakistan Democratic Movement), as well as the PTI.

“Obviously, as everyone knows, my inclination was towards the PTI. There’s no doubt about it.”

Moonis had continued, “I then had a discussion with walid sahib (his father) and walid sahib had a talk with them (an apparent reference to the military establishment).

“They said, ‘It is my wish that you side with them (PTI)’. Had that man (Gen Bajwa) been bad, why would he have asked us to side with them at that critical juncture … Had that man been that bad and against Khan sahib and the PTI, […] he only had to give a signal at that juncture and we would have gone the other way.

“This is why I don’t even buy this story that he is against [the PTI],” he had added.

Moonis’ claim had come as PTI leaders intensified their criticism of Gen Bajwa following his retirement.

On Saturday, Imran said that he had committed a “big mistake” by granting Gen Bajwa an extension and also accused the former army chief of engaging in “double games”, double speak, mixed messages and more, alleging that Gen Bajwa denied everything when asked about the establishment’s contact with the then-opposition. Answering a question about Moonis’s claim, Imran had explained: “Moonis was asked to support Imran Khan, while the other one [Chaudhry Shujaat Hussain] had been asked to go to PML-N. Gen Bajwa was playing a double game and I could later identify that even PTI’s different men were being given different messages.”