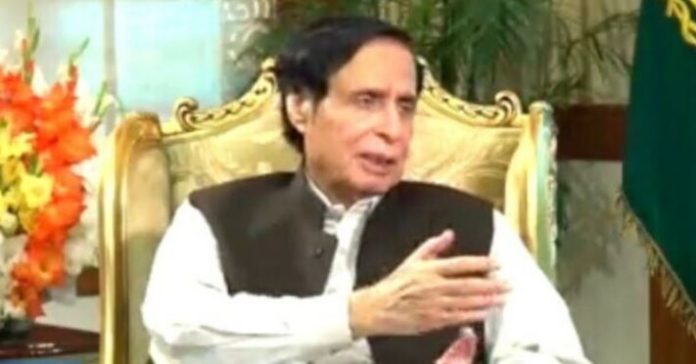 Punjab Chief Minister CM Pervez Elahi has said that the provincial assembly will “continue the same way for the next four months till March”, with his remarks being in contrast to the repeated threats of the assembly’s immediate dissolution by key ally and PTI Chairman Imran Khan.

On November 26, Imran announced his party’s intention to disassociate itself from the “current corrupt political system” by quitting the assemblies of Khyber Pakhtunkhwa and Punjab.

On Saturday, Imran said he would “wait for four to five more days” for the government’s response to his offer of negotiations, after which he would dissolve the assemblies.

Elahi, who is in power in Punjab despite a handful of MPAs due to PTI’s support, has on multiple occasions said that he would follow Imran’s instructions. He again reiterated his intentions to oblige but the timeline he outlined seemed to be in conflict with Imran’s.

In an appearance on Hum News programme News line on Sunday, the PML-Q leader closed the door on Punjab Assembly’s dissolution any time before March.

“My stance is the same … I will dissolve [the assembly] whenever he (Imran) tells me to,” he said. “That decision has been taken. However, now you’d have to think of its pros and cons. For that, we will have to hold talks.”

Elahi cited Imran’s mobility as the reason why the assemblies would continue till March, saying that consultation over strategy could not take place until Imran was completely healthy.

It is pertinent to mention that Imran was shot in Wazirabad last month. Since then, his mobility has been affected.

Elahi said that from now till March would be “the best time for the opposition to initiate talks”, adding that homework also needs to be done on how the election would be conducted.

“We have reservations with the chief election commissioner,” CM Elahi said. “He is trying to disqualify Imran Khan.”

Replying to a question on whether he saw the assembly completing its term, the Punjab CM said “No it’s not like that. [It] depends on the opposition’s behaviour.”

In an interview with Bol News over the weekend, Imran said he had committed a “big mistake” by granting Gen (retd) Bajwa an extension and accused the former army chief of engaging in double games, double speak, mixed messages, and more.

Elahi, however, said that neither Gen (retd) Bajwa nor Imran played a double game.

The PML-Q leader’s son Moonis, in a recent interview, claimed that Gen (retd) Bajwa had advised his party to support the PTI in a weeks-long tussle that ended with the ouster of Imran as the prime minister through a no-confidence vote in April.

Elahi clarified that it was him who had approached the former army chief rather than being given unsolicited advice.