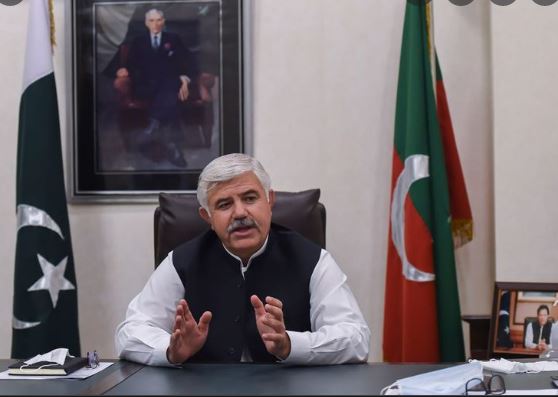 PESHAWAR, /DNA/ – Chief Minister Khyber Pakhtunkhwa Mahmood Khan has said that the imported government has brought the country to brink of bankruptcy in a few months after comming into power adding that the imported government is unrepresentative of its people.  He stated that the conglomerate of incompetent rulers have destroyed the economy of country besides making the life of people miserable by unprecedented inflation. He further said that high inflation has made access to basic needs impossible for majority of the population with concerns running high over the absence of a clear roadmap to combat the current situation.

He expressed these views while addressing the Parliamentary Party Meeting of PTI held here on Monday.

He said that Imran Khan is the only leader who has the ability to steer the country out of the economic crisis and put the economy on the right track. He added that Imran Khan not only represents a particular area or province, the is the only leader that represents the entire federation due to which the popularity of Tehreek-e-Insaf and Imran Khan is increasing with every passing day. Mahmood Khan added that the corrupt mafia have now resorted to empty slogans and political victimisation void of any truth.

The Chief Minister made it clear that every worker of PTI stands by Imran Khan and will support leader on every front adding that PTI is the only national party which has deep roots in every province and region.