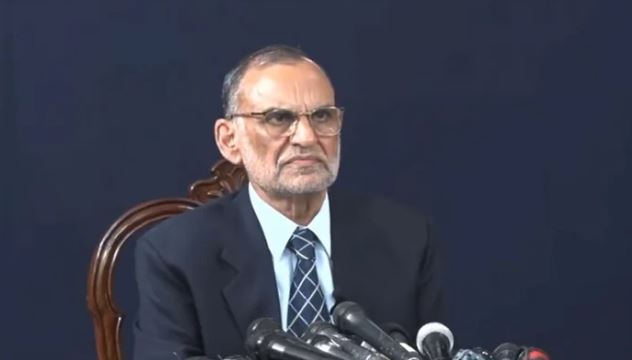 In its plea, the government mentioned that Special Judge Central Raja Asif Mehmood had exceeded his authority and granted bail to Swati.

The judge had granted bail to the senior PTI leader last month against surety bonds worth Rs1 million, more than a week after the anti-corruption watchdog had arrested him.

Senator Swati was taken into custody by the FIA’s Cybercrime Wing (CCW) from his home in Islamabad on October 13 after registering a case against him over his controversial tweets.

“The court was competent only to the extent of PECA 2016 and not other sections of PPC but, while exercising powers on all sections, the court travelled beyond jurisdiction. Hence, the impugned order is illegal,” the plea said.

In light of the arguments, the government requested the IHC to accept the petition at the earliest and the bail granted under Sections 109 (punishment of abetment if the Act abetted committed In consequence and where no express provision is made for its punishment), 131 (Abetting mutiny, or attempting to seduce a soldier, sailor or airman from his duty), 500 (punishment for defamation), 501 (printing or engraving matter known to be defamatory), and 505 (statements conducing to public mischief) be revoked.

In a press conference a day earlier, the PTI leader alleged that he was taken to an unknown place where he was filmed during his custody.

Speaking during a press conference in the federal capital, Swati thanked Chief Justice Umar Ata Bandial for looking into his arrest by the FIA.

Swati said that valuable items were taken from his house during the search. “I don’t care if they had taken my life but they disrespected my honour,” he added.

The PTI leader asked the Supreme Court to take the CCTV cameras around his house into custody. He added that they should be sent for forensics so that the court knows how many people entered his house.

He continued to say that half of the evidence of his case is filmed in the CCTV cameras. “They also took CCTV cameras along with the backups,” he added.

In a presser last month, PTI chief Imran Khan claimed that the law enforcement agencies entered the ex-federal minister’s residence without a warrant.

“Azam Swati was tortured in front of his children. What crime did Azam Swati commit, just that he criticised a person holding a big office?” Khan asked.

The PTI chief asked which country allows authorities to arrest a person based on a critical tweet.