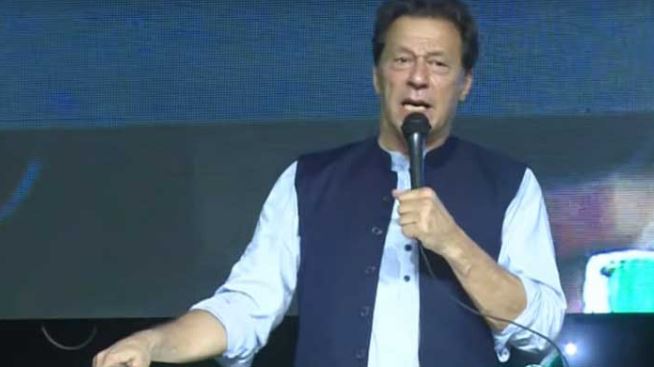 Addressing a rally in Chishtian on Wednesday, he said that the PML-N should try as hard as it want, but both the country and the army are mine.

The former PM said that a new plan is being made to topple our Punjab government, adding that our MPs are being offered millions and also being threatened by Mr. X and Mr. Y.

“The conspiracy to topple the Punjab government mean that the fugitive residing in London can return.”

Earlier addressing the lawyers’ convention , the PTI supremo said that he will fight those who imposed imported government on the country.

The former PM said that for 30 years, the thieves came to power from the back door as a result of a foreign conspiracy to loot the country, adding that Nawaz Sharif is a convicted fugitive and a fugitive from justice.

“Books have been written on the corruption of Zardari at the international level, will these thieves decide our future,” Imran asked.

While reacting to PTI leader Shahbaz Gill arrest, the PTI chairman said that “Gill was tortured in jail. I said whoever tortured Shahbaz Gul should be brought to book. A case of terrorism has been registered against me. We want the rule of law in the country.”

Imran Khan added that one way is right, the other is destruction. By buying people, these people brought down our government and imposed an imported government on the country. They are behind them, and I will fight as long as I have life.