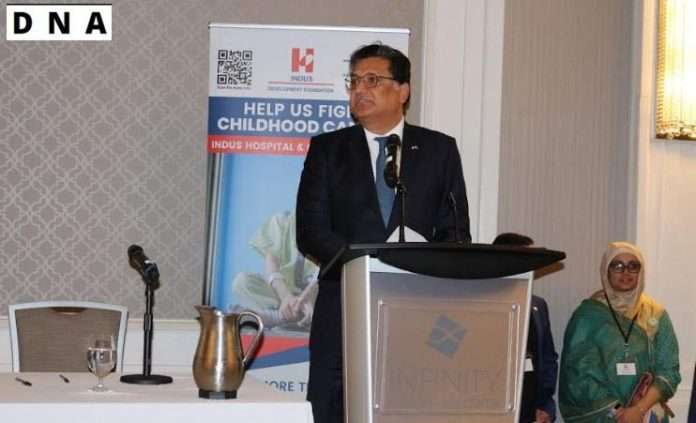 ISLAMABAD, OCT 23: Pakistan High Commissioner to Canada Zaheer A. Janjua has said that while the world has come to our assistance in the wake of devastating floods that hit Pakistan this summer, it is the people and the diaspora of Pakistan whose contributions will count in the end.

He made this statement while addressing a fundraising dinner held in the capital of Ottawa. He told the audience the United Nations had re-assessed and raised its appeal to to provide relief and assistance to the people affected by floods in Pakistan to USD 816 million. He said the Canadian government had also provided CAD 30 million in aid besides matching donations up to CAD 7.5 million by various organisations and donors in Canada for the flood victims in Pakistan. But this aid was a drop in the ocean and a big effort was needed to repair the damage that had been caused by floods.

He called the overseas Pakistan the strategic asset of Pakistan, and applauded the Pakistani diaspora in Canada for its dynamism and vibrancy and contributing enthusiastically to the flood relief efforts in Pakistan. He also lauded the role played by organisations such as Indus Development Foundation Canada and the Pakistani doctors in Canada for providing healthcare to the needy in Pakistan.=DNA