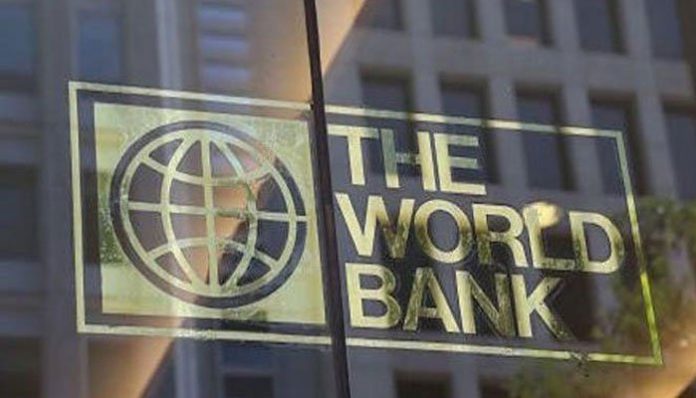 South Asia is on course for its worst economic performance in 40 years, with countries likely to record their worst growth performance due to the coronavirus pandemic, the World Bank said on Sunday.

According to a report by the World Bank, Pakistan, Afghanistan and the Maldives are expected to fall into recession.

“Pakistan, which has already experienced low growth rates in recent years, could well fall into a recession. With 1.8% population growth, that would imply a painful decline in per-capita income,” noted the global lender.

India, Bangladesh, Pakistan, Afghanistan and other smaller nations, which have 1.8 billion people and some of the planet’s most densely populated cities, have so far reported relatively few coronavirus cases but experts fear they could be the next hotspots.

“South Asia finds itself in a perfect storm of adverse effects. Tourism has dried up, supply chains have been disrupted, demand for garments has collapsed and consumer and investor sentiments have deteriorated,” said the World Bank report.

Worst hit will be the Maldives where the collapse of tourism will result in gross domestic output contracting by as much as 13%, while Afghanistan could shrink by as much as 5.9% and Pakistan by up to 2.2%.

The South Asian region, comprising eight countries, is likely to show economic growth of 1.8% to 2.8% this year, the World Bank said in its South Asia Economic Focus report, well down from the 6.3% it projected six months ago.

“The green shoots of a rebound that were observable at the end of 2019 have been overtaken by the negative impacts of the global crisis,” the World Bank report said.

Other than India, the World Bank forecast that Sri Lanka, Nepal, Bhutan and Bangladesh will also see a sharp fall in their economic growth.

Measures taken to counter the coronavirus have disrupted supply chains across South Asia, which has recorded more than 13,000 cases so far — still lower than many parts of the world.

The global lender noted that in Pakistan the price of wheat flour increased by nearly 13% due to supply-side interruptions.

The report noted that that there is a danger that food prices will spike under the current circumstances.

“That would be extremely worrisome as it threatens food security for people at the lower end of the income distribution,” said the bank.

India’s lockdown of 1.3 billion people has also left millions out of work, disrupted big and small businesses and forced an exodus of migrant workers from the cities to their homes in villages.

In the event of prolonged and broad national lockdowns, the report warned of a worst-case scenario in which the entire region would experience an economic contraction this year.

To minimise short-term economic pain, the WB called for countries in the region to announce more fiscal and monetary steps to support unemployed migrant workers, as well as debt relief for businesses and individuals.

India has so far unveiled a $23 billion economic plan to offer direct cash transfers to millions of poor people hit by its lockdown. In Pakistan, the government has announced a $6 billion plan to support the economy.

“The priority for all South Asian governments is to contain the virus spread and protect their people, especially the poorest who face considerable worse health and economic outcomes,” said senior World Bank official Hartwig Schafer.