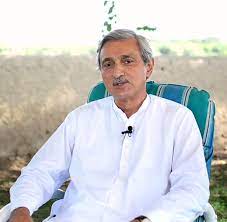 ISLAMABAD: Pakistan Tehreek-e-Insaf (PTI) leader Jahangir Tareen on Thursday said he could not even think about “causing harm to Prime Minister Imran Khan”.

Tareen also denied reports that the Pakistan People’s Party (PPP) stalwart and leader of the opposition in the Senate Yousuf Raza Gilani had travelled on his plane.

“If Yousuf Raza Gilani used Makhdoom Ahmed Mahmood’s plane, how is it my fault,” the estranged PTI leader asked.

The PTI leader went on to add that he had been supporting the premier with honesty and sincerity.

“The government has been wrongly informed about the use of the plane,” he said and claimed that PM’s advisers Azam Khan and Shahzad Akbar were behind it.