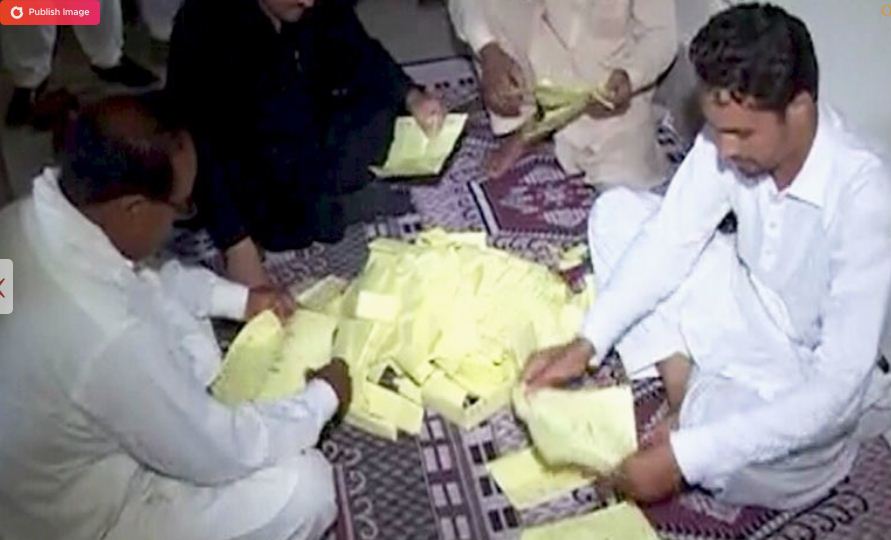 ISLAMABAD – The counting of votes is underway for election to 45 seats of the AJK Legislative Assembly, after the voting process was marred by violence and clashes in some areas.

Voters present inside polling stations were allowed to cast their ballots until after the polling time ended at 5pm.

At least two PTI workers were killed in a clash with PPP activists at a polling station in the Kotli district of Azad Jammu and Kashmir.

The two PTI activists were shot dead by unidentified persons at a polling station in the jurisdiction of Naarr police station in Charhoi, Kotli, according to police.

Muhammad Shabbir, an official at Naarr police station, identified the victims as 40-year-old Zaheer Ahmed and 50-year-old Ramzan. He added that the clash erupted between PPP and PTI workers at about 9:15am at the Mithi Jand polling station. In the ensuing gunfire, Ahmed was killed on the spot and Ramzan died on the way to the hospital.

Voting in some polling stations of other constituencies was also temporarily suspended due to incidents of violence. Several people were reportedly injured in clashes and a number of political activists were also detained by the police, according to reports.