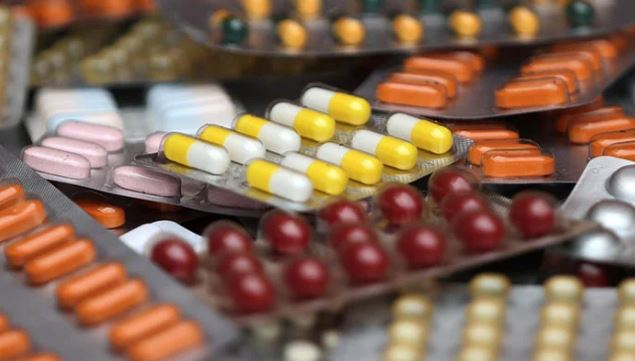 Lahore: An organised gang is producing and supplying spurious and counterfeit medicines of multinational as well as local pharmaceutical companies to different cities of Pakistan, health officials said, adding that counterfeit medicines, including important antibiotics, painkillers, anti-psychotic drugs and other essential medicines for saving lives, were being supplied to smaller cities and towns from different areas of Balochistan and Khyber Pakhtunkhwa, seriously threatening lives.

“Health officials in Lahore yesterday raided a printing press in the Mori Gate where packing material of different life-saving drugs was being printed illegally. This printing press came to the knowledge of health officials after a huge consignment of spurious and counterfeit medicines was apprehended by officials in Hyderabad district,” an official in the Drug Regulatory Authority of Pakistan (DRAP) said on Sunday.

The illegally-printed packing material of life-saving drugs was being supplied to unauthorised factories in Balochistan and Khyber Pakhtunkhwa, where the gangs behind this organised crime were producing spurious and counterfeit medicines and then supplying them to areas where people have little knowledge of genuine and counterfeit products, they confirmed.

Following the raid on the printing press and arrest of culprits printing illegal packing material for life-saving drugs, a country-wide investigation has been launched to detect the criminals behind producing spurious and counterfeit medicines, DRAP officials said adding that initially it has come to their knowledge that the racket of spurious and counterfeit medicines has spread to all the four provinces of Pakistan.

During the raid in Hyderabad, the official said, they found counterfeit medicines including meropenem, ciprofloxacin, cefixime, Azithromycin and other antibiotics, different brands of painkillers, anti-psychotic drugs including Alprazolam which is a very important drug for the treatment of psychotic disorders.

Investigators revealed that factories producing spurious and counterfeit medicines could be operating in Balochistan as well as remote areas of Khyber Pakhtunkhwa and added that they needed the support of federal agencies, including Federal Investigation Agency (FIA) as well as intelligence agencies to break the network of criminals producing copies of life-saving drugs.

“These criminals are indulging in a far more serious crime than merely producing and supplying drugs and narcotics. For instance, Meropenem is a life-saving antibiotic given to treat serious infections among children including Extensive Drug Resistant (XDR) Typhoid. If a child gets the spurious or counterfeit drug instead of the genuine medicine, he or she would die instead of getting cured”, the official added.

To a query, the official said spurious and counterfeit medicines are supplied in small cities and towns where people have little knowledge about genuine medicines, adding that the lust of small store owners selling these concoctions compels them to buy these illegal and hazardous products and sell them to innocent patients and their attendants.

According to some experts in the pharmaceutical industry, many companies are aware that counterfeit versions of their medicines are available in the market but in order to prevent the image and goodwill of their brand, they never report forgery to authorities.

“For instance, if doctors come to know that a forged version of known antibiotic medicine is being sold in the market, they would not prescribe it and people would not purchase it. In order to save the reputation of their brand, local and multinational companies don’t report it to the authorities and instead try to launch their own investigations, which often fail,” an expert associated with Pakistan Society of Health System Pharmacist said.