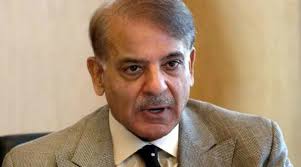 He noted that all the absconding accused were given one month’s time to show up in court but they didn’t. Jail authorities produced the father-son duo before the court in a bullet-proof vehicle as it resumed hearing.
Shehbaz’s lawyer complained to the judge that he was not provided with verified documents by prosecution witnesses, to which the NAB prosecutor replied that the record the defence counsel is objecting to belongs to his clients.

The court adjourned the hearing until December 3 when it will record statements of more witnesses. It directed Kot Lakhpat Jail’s superintendent to furnish a medical report of the PML-N leader at the next hearing.

On November 11, the court had indicted Opposition Leader Shehbaz Sharif, his son Hamza Shehbaz and other accused in the money laundering case. The court read out charges to the accused, who denied the charges and opted to contest them.